Malnutrition is common in older adults and is associated with high costs and adverse outcomes. The prevalence, predictors and outcomes of malnutrition on admission to hospital are not clear for this population.

In total, 606 older adults aged 70+ were included. All elective and acute admissions to any speciality were eligible. Day-case admissions and those moribund on admission were excluded.

Sociodemographic and clinical data, including nutritional status (Mini-Nutritional Assessment–short form), was collected within 36 hours of admission. Outcome data was collected prospectively on length of stay, in-hospital mortality and new institutionalisation.

The mean age was 79.7; 51% were female; 29% were elective admissions; 67% were admitted to a medical specialty. Nutrition scores were available for 602/606; 37% had a ‘normal’ status, 45% were ‘at-risk’, and 18% were ‘malnourished’. Malnutrition was more common in females, acute admissions, older patients and those who were widowed/separated. Dementia, functional dependency, comorbidity and frailty independently predicted a) malnutrition and b) being at-risk of malnutrition, compared to normal status (p <.001). Malnutrition was associated with outcomes including an increased length of stay (p <.001), new institutionalisation (p =<0.001) and in-hospital mortality (p <.001).

These findings support the prioritisation of nutritional screening in clinical practice and public health policy, for all patients ≥70 on admission to hospital, and in particular for people with dementia, increased functional dependency and/or multi-morbidity, and those who are frail. 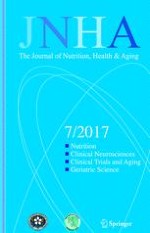 Hip fractures in older patients: Trajectories of disability after surgery

The impact of multimorbidity on resting metabolic rate in community-dwelling women over a ten-year period: A cross-sectional and longitudinal study

Association between adiposity and disability in the Lc65+ cohort