Laparoscopic sleeve gastrectomy (LSG) is a surgical procedure that is being increasingly performed on obese patients. The most frequent postoperative complication is the appearance of a gastric leak.

To determine the main clinical features of a group of patients who developed a gastric leak after LSG.

A total of 343 obese patients were submitted to LSG, two hundred and sixty-two women and 81 men with a mean age of 37.3 years and a BMI of 37.5 kg/m2. Radiological evaluations were performed on all patients on the third day after surgery using liquid sulfate barium, as well as a close clinical control evaluation to monitor the appearance of epigastric pain, fever, tachycardia, C-reactive protein, and leukocytosis. Medical or surgical management of the leak were employed.

Fever was the earliest and most frequent symptom, followed by epigastric pain and tachycardia. Leaks were classified based on three parameters: severity or magnitude, location, and time of appearance after surgery. Leaks were classified as early if they appeared 1 to 4 days after surgery, intermediate if they appeared 5 to 9 days after surgery, and late 10 days after surgery. The diagnosis of a leak was confirmed with a barium liquid taken orally by six patients and with an abdominal CAT scan in ten. Surgical management was performed in eight patients, usually in those with early leaks (six patients). Early re-suturing in three patients was successful; however, re-suturing leaks after the third day resulted in failure. Medical management was performed mainly in patients with intermediate and late leaks, mainly through enteral nutrition and percutaneous drainage of the intra-abdominal fluid collection. There was no mortality. The mean healing days of these leaks was 45 days after surgery.

Close clinical observation detects gastric leaks early on inpatients who underwent LSG. We suggest evaluating these leaks based on three parameters: time of appearance, the location, and its severity, in order to propose the best medical or surgical treatment in these patients. 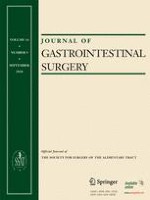 Fundoplication After Laparoscopic Heller Myotomy for Esophageal Achalasia: What Type?

Laparoscopic Fundoplication with or Without Pyloroplasty in Patients with Gastroesophageal Reflux Disease After Lung Transplantation: How I Do It