It has been speculated that certain Schneiderian membrane thickness (SMT) might be more prone to perforation. This investigation was aimed at studying the mechanical characteristics of the Schneiderian membrane under one- and two-dimensional tests and their correlation to the histological SMT in human samples.

Sixteen Schneiderian membranes were collected from 11 cadaver heads treated with Thiel’s embalming method. The samples were processed and analyzed clinically and histologically. One-dimensional maximum elongation until perforation and two-dimensional resistance to ball penetration were performed after the biopsy. Data was analyzed by using the Wilcoxon rank test and the Spearman’s rank correlation.

Mechanical tests seem to indicate that SMT might not significantly predispose to Schneiderian membrane perforation. Hence, other anatomical and operator’s factors should be considered of surpassing importance.

Thinner SM might be more prone to perforation when detaching it from the maxillary sinus antrum; however, a thick membrane is not prevented to tear, as their resistance under elastic forces is not higher than thinner ones. 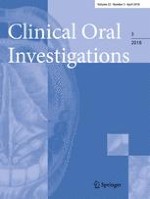 Differences in maxillomandibular morphology among patients with mucopolysaccharidoses I, II, III, IV and VI: a retrospective MRI study