Data were collected between October 2014 and October 2020 from patients who were consulting the Canada-wide network of clinics of a medical cannabis provider and who were willing to answer questionnaires based on their medical status. The current study included older adults (≥ 65 years) who completed questionnaires at intake and first follow-up visits. Data were summarized with descriptive statistics, which were compared between men and women with t tests or chi-squared tests. Tests of proportions assessed categorical responses for perceived effects after cannabis use. Logistic regression was used to assess trends in cannabis usage.

Among older adults, medical cannabis is used more often by women, with CBD-containing cannabis oils being the most commonly used. Users reported improved pain, sleep, and mood symptoms at follow-up after cannabis use. This study describes the patterns of use of medical cannabis by older adults and highlights the need for research to determine appropriate indications, precise doses of active ingredients, and short- and long-term outcomes among older adults.
Anzeige 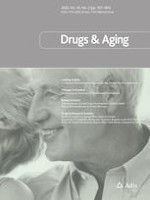 Correction to: Assessment of Comorbidity Burden and Treatment Response: Reanalysis of the SCD-HEFT Trial

Assessment of Comorbidity Burden and Treatment Response: Reanalysis of the SCD-HEFT Trial

Pharmacological Treatment in the Management of Glenohumeral Osteoarthritis

Which Potentially Inappropriate Medications List Can Detect Patients At Risk of Readmissions in the Older Adult Population Admitted for Falls? An Observational Multicentre Study Using a Clinical Data Warehouse