Adherence to medication is one of the most intriguing and complex behaviours demonstrated by patients. Non-adherence to a therapeutic regimen may result in negative outcomes for patients and may be compounded in populations with multiple morbidities which require multiple drug therapy. Such a population is exemplified by the elderly. However, non-adherence may not be more prevalent in older patients and there is no consensus in the literature that age is a predictor of poor adherence. Indeed, older patients may deliberately choose not to adhere to medication (intentional non-adherence) to avoid adverse effects. Furthermore, many of the studies on adherence lack commonality in terms of how adherence is measured, the definition of an ‘older’ patient and the range of disease states which have been examined. Adherence may also be affected by access to medications which may be restricted by the use of formularies or insurance programmes. However, non-adherence may represent a greater risk in older people resulting in poor disease control which may be compounded with multiple morbidity and polypharmacy.
A range of strategies have been implemented to try and improve adherence in this patient population. The use of forgiving drugs (those which have a prescribed dosage interval that is 50% or less the duration of drug action) may facilitate occasional lapses in drug-taking. Drug holidays (deliberate, supervised non-adherence for a fixed period of time) have been used in Parkinson’s disease to reduce adverse effects. Once-daily scheduling of drug administration may offer a pragmatic approach to optimising drug therapy in some patients; this may be supplemented through the use of compliance aids. What is increasingly apparent, however, is that the role of the patient (irrespective of age) is critical in decision-making about medication, together with communication between patients and healthcare professionals. This has been articulated through the concept of concordance which has been described as a therapeutic alliance between the patient and healthcare professional. In addition, interventions employed to improve adherence must be multifaceted, and together with practical approaches (reducing unnecessary drugs and simplifying dosage regimens), the patient perspective must be considered. Good adherence should be seen as a means of achieving a satisfactory therapeutic result and not as an end in itself.

Titel
Medication Non-Adherence in the Elderly
How Big is the Problem?
Autor:
Dr Carmel M. Hughes 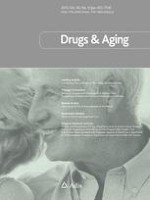 Management of Autoimmune Skin Disorders in the Elderly