The preoperative 18F-FDG PET/CT from all SECA 1 and 2 patients was evaluated. MTV was obtained from all liver metastases. The patients were divided into one group with low MTV (< 70 cm3) and one group with high MTV (> 70 cm3) based on a receiver operating characteristic analysis. Overall survival (OS), disease-free survival (DFS) and post recurrence survival (PRS) for patients with low versus high MTV were compared using the Kaplan–Meier method and log rank test. Clinopathological features between the two groups were compared by a nonparametric Mann–Whitney U test for continuous and Fishers exact test for categorical data.

MTV of liver metastases is highly predictive of long-term OS, DFS and PRS after LT for unresectable CRLM and should be implemented in risk stratification prior to LT.
Hinweise

Colorectal cancer is one of the most common malignancies and about half of these patients develop liver metastases (CRLM) [1, 2]. Most patients with CRLM have unresectable disease and are treated with palliative chemotherapy with an expected 5-year overall survival (OS) of about 10% [3]. About 20–25% of the patients may receive a curative intended liver resection, but recurrent disease within 3 years after liver resection is seen in a majority and the 5-year OS is about 30–50% in most studies [1, 4].
Liver transplantation (LT) is an established treatment for selected patients with malignancies like hepatocellular carcinoma (HCC) and metastases from low grade neuroendocrine tumors [5‐7]. Due to the results from the SEcondary CAncer (SECA) studies at Oslo University Hospital LT is increasingly recognized as a possible treatment option for selected patients with unresectable CRLM. Five-year OS of 60% was reported in the SECA-1 pilot study [8]. Using more strict selection criteria 5-year OS increased to 83% in the SECA-2 study [9]. Lack of liver donors is a challenge worldwide and thus stringent and reliable patient selection criteria of high clinical relevance.
Anzeige
Fluorine-18 fluorodeoxyglucose positron emission tomography in combination with computed tomography (18F-FDG PET/CT) is used in cancer detection, staging and response evaluation. 18F-FDG PET contributes with functional information beyond conventional anatomical knowledge like size and number of metastases which can be obtained from CT, magnetic resonance imaging and ultrasound. 18F - FDG PET/CT is most often used in the setting of recurrent disease and before tentative metastasectomy in CRC [10‐12]. In the SECA studies, all patients underwent a whole-body 18F - FDG PET/CT prior tentative LT to detect extrahepatic disease which was an exclusion criterion [13].
Metabolic tumor volume (MTV) can be measured and obtained from a 18F -FDG PET/CT and represents the active tumor volume in a patient. High MTV has shown to be a surrogate marker of aggressiveness and poor prognosis in several cancer types like lung cancer and oesophageal cancer. In CRLM, the prognostic utility of MTV has been demonstrated both for patients receiving liver resection and palliative chemotherapy [14‐16].
The main objective of this retrospective study was to report 15 years of experience with MTV from the preoperative 18F-FDG PET/CT to predict long-term survival following LT for unresectable CRLM.

Patients with CRLM from all regions of Norway that may be candidates for LT are referred to the multidisciplinary hepatobiliary meeting at Oslo University Hospital. This meeting consisting of hepatobiliary surgeon, transplant surgeon, radiologist and oncologist decide on treatment options for these patients.
Anzeige
In total, 40 patients were treated with LT for unresectable CRLM in the SECA-1 (n = 23) and SECA-2 (n = 17) studies in the period November 2006–August 2018. 18F-FDG PET/CT scan was a part of the preoperative study protocol to exclude extrahepatic disease [8]. The main inclusion criteria were unresectable colorectal liver only metastases, good performance status (ECOG score 0 or 1), previous chemotherapy and completed radical excision of the primary tumor. Patients who fulfilled all inclusion criteria without evidence of extrahepatic malignant disease on 18F-FDG PET/CT and contrast enhanced CT underwent LT. All liver metastases from these 18F-FDG PET scans were evaluated in the present study. Chemotherapy was paused the last 4–6 weeks before the 18F-FDG PET/CT scan.
The SECA studies were approved by the Regional Ethics Committee and registered at clinicaltrials.gov with registration number NCT01311453 for the SECA-1 study and NCT01479608 for the SECA-2 study. All patients signed an informed written consent.

All 18F-FDG PET/CT procedures were performed on a hybrid PET/CT system (Siemens Biograph 64 or 16), Siemens Medical Systems, Erlangen, Germany. The patients fasted for minimum six hours and serum glucose level was measured before 18F-FDG was injected intravenously. Median injected dose was 383 MBq (range 252–458). Image acquisition started after about 60 min of rest. A whole-body PET from skull base to the upper thigh with an acquisition time of 3 min per bed position and 30% overlap was performed. The PET was reconstructed with 168 × 168 pixels (pixel size 4.06 mm) using OSEM with four iterations and eight subsets (4i/8s) and Gaussian post-reconstruction filter with full-width at half maximum of 5 mm. A low-dose CT without contrast enhancement was used for anatomical information and attenuation correction. The CT acquisition parameters were: 120 kV, 50mAs, and axial slices of 3 mm.

MTV was obtained from all liver metastases by manually placing a volume of interest (VOI) over each metastasis using a Siemens SyngoVia workstation (version VB10A, Erlangen, Germany) and a fixed threshold of 40%. MTV was only registered if the uptake was higher than the mean liver background uptake × 1.5 + standard deviation of the liver background × 2 [17]. Patients without any metastases with uptake above this value were given an MTV value of zero. Liver background was measured by placing a VOI of 3 cm in the right liver lobe. Total MTV was calculated by adding the values from all metastases for each patient. Maximum standardized uptake value (SUVmax), SUVmean, SUVpeak, tumor to background (T/B) ratio and total lesion glycolysis (TLG) were also registered. In patients with more than one liver metastasis the highest SUV was registered. SUVpeak was defined as the SUVmean of the volume of 1 cm3 around the SUVmax. TLG was calculated by multiplying SUVmean by MTV.

Statistical analyses were performed with SPSS (IBM, version 27, Chicago, Illinois, USA). A receiver operating characteristic (ROC) analysis was used to determine an MTV cut-off value for predicting OS. Cut-off values for SUVmax, SUVmean, SUVpeak, T/B ratio and TLG were also obtained. OS was defined as time from LT until death or end of follow-up 22nd of December 2021. Disease-free survival (DFS) was defined as time from LT to the detection of suspected metastases or local recurrence on either CT, MRI or PET/CT. Post recurrence survival (PRS) is OS minus DFS. Survival curves were generated using the Kaplan–Meier method and the groups were compared using the log rank test. Synchronous liver metastases were defined as liver metastases occurring less than 12 months and metachronous more than 12 months after the CRC diagnosis. The response evaluation criteria in solid tumors (RECIST) on CT were used to evaluate response to chemotherapy prior to LT. Progression of disease was defined as a 20% or greater increase in the sum of the longest diameter of the target lesions. An increase in carcinoembryonic antigen (CEA) level prior to LT was also interpreted at progression of disease. A nonparametric Mann–Whitney U test was used for comparing continuous data and Fishers exact test was used for comparing categorical data. A 2-tailed probability level less than 0.05 was considered statistically significant.

MTV of liver metastases is highly predictive of long-term OS, DFS and PRS after LT for unresectable CRLM and should be implemented in risk stratification prior to LT.

Informed consent was obtained from all individual participants included in the study.
All procedures performed in studies involving human participants were in accordance with the ethical standards of the institutional and/or national research committee and with the 1964 Helsinki declaration and its later amendments or comparable ethical standards.

The SECA 1 and 2 studies were open prospective studies approved by the ethical board and registered at ClinicalTrials.gov with registration number NCT01311453 for the SECA-1 and NCT01479608 for the SECA-2 study.
Open AccessThis article is licensed under a Creative Commons Attribution 4.0 International License, which permits use, sharing, adaptation, distribution and reproduction in any medium or format, as long as you give appropriate credit to the original author(s) and the source, provide a link to the Creative Commons licence, and indicate if changes were made. The images or other third party material in this article are included in the article's Creative Commons licence, unless indicated otherwise in a credit line to the material. If material is not included in the article's Creative Commons licence and your intended use is not permitted by statutory regulation or exceeds the permitted use, you will need to obtain permission directly from the copyright holder. To view a copy of this licence, visit http://​creativecommons.​org/​licenses/​by/​4.​0/​. 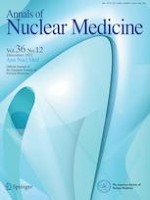