Despite the large use of nab-paclitaxel as a treatment option in metastatic breast cancer (MBC) across different countries, no definitive data are available in particular clinical situations.

Efficacy, safety and schedule issues concerning available literature on nab-paclitaxel in advanced breast cancer and in specific subgroups of patients have been discussed and voted during an International Expert Meeting. Ten expert specialists in oncology, with extensive clinical experience on Nab-P and publications in the field of MBC have been identified. Six scientific areas of interest have been covered, generating 13 specific Statements for Nab-P, after literature review. For efficacy issues, a summary of research quality was performed adopting the GRADE algorithm for evidence scoring. The panel members were invited to express their opinion on the statements, in case of disagreement all the controversial opinions and the relative motivations have been made public.

Consensus was reached in 30.8% of the Nab-P statements, mainly those regarding safety issues, whereas ones regarding efficacy and schedule still remain controversial areas, requiring further data originated by the literature. 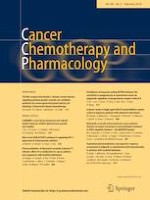