The assessment of voluntary activation of the knee extensors using transcranial magnetic stimulation (VATMS) is routinely performed to assess the supraspinal function. Yet methodological scrutiny of the technique is scarce. The aim of the present study was to examine face validity and reliability of VATMS and its two main determinants (superimposed twitch during a maximal voluntary contraction [SIT100%] and estimated resting twitch [ERT]).

The findings indicated issues regarding the accuracy of ERT and suggested a three-point relationship should not be used to determine ERT. Reliabilities for VATMS, SIT100%, and ERT were acceptable pre- but much weaker post-exercise (especially for SIT100%). Despite statistically significant changes in main neuromuscular variables following the intermittent isometric fatiguing exercise (P < 0.05), when post-exercise reliability was considered, the exercise effect on VATMS was smaller than the smallest detectable change in 18 of the 20 individual tests performed, and for the whole sample for one of two visits. Finally, maximal voluntary contraction was reduced significantly following the neuromuscular assessment (NMA) pre-exercise but recovered during the NMA post-exercise.

This is the first study to demonstrate a lack of sensitivity of key neuromuscular measurements to exercise and to evidence both presence of neuromuscular fatigue following the NMA in itself, and recovery of the neuromuscular function during the NMA post-exercise. These results challenge the face validity of this routinely used protocol. 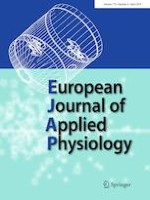 Experimental validation of the 3-parameter critical power model in cycling