To date, the genetic basis of Dubowitz syndrome (short stature, microcephaly, facial abnormalities, eczema) is unknown and vascular complications are not known to be associated with this syndrome. In microcephalic osteodysplastic primordial dwarfism type II (MOPD II; disproportionate short statue, microcephaly, facial abnormalities), however, cerebral aneurysms and other vascular abnormalities are frequent complications. MOPD II is a genetic disorder caused by mutations in the pericentrin (PCNT) gene (21q22). We report on a patient who came to our attention as a 22-year-old with subarachnoid bleeding due to a ruptured cranial aneurysm. Until then, the patient was thought and published to have Dubowitz syndrome; previously, he was treated with coronary bypass surgery for extensive coronary angiopathy. Consecutive genetic testing revealed MOPD II. After clinical stabilization, the patient was discharged to a specialized rehabilitation center where he died due to re-rupture of a cranial aneurysm. Conclusion: In patients with short stature—especially when clinical features are accompanied by vascular complications—MOPD II should be considered as a differential diagnosis leading to consecutive genetic testing. After detection of mutations in the PCNT gene, a full vascular status including cerebral imaging and cardiac evaluation needs to be determined in order to analyze vascular abnormalities and initiate prophylactic treatment. 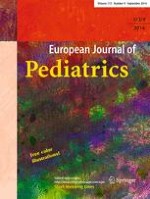 Hypermethylation of the enolase gene (ENO2) in autism

High-mobility group box 1 (HMGB1) in childhood: from bench to bedside