During bone remodeling osteoclasts resorb bone, thus removing material, e.g., damaged by microcracks, which arises as a result of physiological loading and could reduce bone strength. Such a process needs targeted bone resorption exactly at damaged sites. Osteocytic signaling plays a key role in this process, but it is not excluded that osteoclasts per se may possess toposensitivity to recognize and resorb damaged bone since it has been shown that resorption spaces are associated with microcracks. To address this question, we used an in vitro setup of a pure osteoclast culture and mineralized substrates with artificially introduced microcracks and microscratches. Histomorphometric analyses and statistical evaluation clearly showed that these defects had no effect on osteoclast resorption behavior. Osteoclasts did not resorb along microcracks, even when resorption started right beside these damages. Furthermore, quantification of resorption on three different mineralized substrates, cortical bone, bleached bone (bone after partial removal of the organic matrix), and dentin, revealed lowest resorption on bone, significantly higher resorption on bleached bone, and highest resorption on dentin. The difference between native and bleached bone may be interpreted as an inhibitory impact of the organic matrix. However, the collagen-based matrix could not be the responsible part as resorption was highest on dentin, which contains collagen. It seems that osteocytic proteins, stored in bone but not present in dentin, affect osteoclastic action. This demonstrates that osteoclasts per se do not possess a toposensitivity to remove microcracks but may be influenced by components of the organic bone matrix. 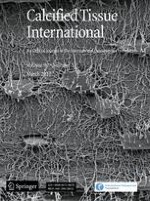