Mild depression has been shown as a precursor and as a consequence of low back pain, even in early phases of acute or subacute pain. Chronic daily life stress as well as dysfunctional pain-related cognitions such as thought suppression (TS) seem to play a role in the pain-depression cycle; however, the mechanisms of these associations are less understood. Experimentally induced TS, conceived as the attempt to directly suppress sensations such as pain, has been shown to paradoxically cause a delayed and non-volitional return of the suppressed thoughts and sensations and to increase affective distress. These dysfunctional processes are supposed to increase under high cognitive load, such as high stress.

In the present cross-sectional study, we for the first time sought to examine a possible interaction between habitual TS and stress on depression in N = 177 patients with subacute low back pain (SLBP), using the following questionnaires: Subscale Thought Suppression from Avoidance-Endurance Questionnaire, Beck Depression Inventory, and Kiel Interview of Subjective Situation. A three-way ANOVA was conducted with two groups of TS (high/low), stress (high/low) and sex as independent factors and depression as dependent.

Our findings support the hypothesis that TS heightens depressive mood under conditions of high cognitive load especially in female patients with SLBP indicating a special vulnerability for depressive mood in women with SLBP. 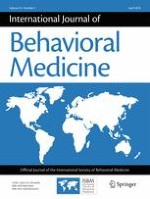 The Pain of Ambivalence over Emotional Expression

Type D Personality and Sleep Quality in Coronary Artery Disease Patients With and Without Obstructive Sleep Apnea: Mediating Effects of Anxiety and Depression