There is currently no consensus regarding the relative applicability of minimally invasive treatment, including radiofrequency ablation (RFA) and minimally invasive surgery (MIS) in patients with a single small peripheral hepatocellular carcinoma (HCC) and compensated cirrhosis. This study investigated the clinical outcomes of MIS and RFA for single subcapsular HCC ≤ 2 cm in patients with compensated cirrhosis.

In this retrospective study, we enrolled 75 patients who had a single subcapsular HCC ≤ 2 cm along with Child–Pugh class A cirrhosis and a preoperative platelet count ≥ 100 k/μl. These patients underwent RFA (n = 39) or MIS (n = 36) between 2010 and 2016. Clinical outcomes including disease-free survival (DFS), survival without recurrence beyond the Milan criteria (RBM), and overall survival (OS) were compared.

MIS was associated with a better 7-year OS, RBM, and DFS among patients with single subcapsular HCC ≤ 2 cm, Child–Pugh A liver function, and no clinically significant portal hypertension when compared to those who underwent percutaneous RFA. 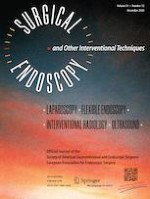 Transoral endoscopic thyroidectomy using the vestibular approach with an endoscopic retractor in thyroid cancer: experience with the first 132 patients