Objective Atrial and/or appendage stunning (AS) usually occur after successful cardioversion of atrial fibrillation (AF). Several parameters except mitral annular velocity were previously evaluated to determine AS. We investigated whether mitral annular velocity was useful for determining of AS. Methods This study consisted of 52 consecutive patients with AF <3 months who converted to the sinus rhythm. Mitral inflow and annular velocities were measured before and after cardioversion. Left atrial appendage (LAA) size and flow were assessed. The average velocity of septal and lateral segments of mitral annulus was considered as the final annular velocity. Thrombus and/or spontaneous echo contrast (SEC) were also investigated. Results Of 52 patients, 29 (56%) had AS but 23 did not. There was no significant difference in age, gender, and cardioversion type between two groups. Hypertension was more prevalent in patients without AS compared to those with AS (P = 0.02). Mitral annular systolic and E-wave velocities were comparable in both groups (P > 0.05). Mitral annular A-wave velocity (3.1 ± 2.9 vs. 7.1 ± 2.2 cm/s, P < 0.001), and its velocity-time integral (0.27 ± 0.22 vs. 0.74 ± 0.19 cm, P < 0.001) were significantly lower in patients with AS compared with those without AS. The annular A-wave velocity ≤3.3 cm/s predicted AS with a sensitivity of 59% and specificity of 76%. It was correlated with mitral inflow A velocity (r = 0.85, P < 0.001), LAA emptying velocity (r = 0.41, P = 0.003) and presence of SEC (r = −0.52, P < 0.001). Conclusion After cardioversion of AF, mitral annular A-wave velocity may be a new marker to determine AS. 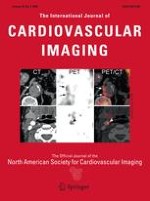