Current classification schemes for medulloblastoma are based primarily on morphology (histopathology), and include variants such as desmoplastic/nodular, MBEN (medulloblastoma with extensive nodularity), classic medulloblastoma, large cell, and anaplastic medulloblastoma. With recent developments in the ability to monitor transcription across the genome in the setting of a single experiment, various groups have started to sub-classify medulloblastoma on the basis of differences in the transcriptome [ 36]. Several laboratories across the globe have published on this topic in the recent past, with largely convergent conclusions [ 2, 7, 14, 22, 28, 30, 48]. This transcriptional approach to tumor sub-classification has also been applied to a number of different non-medulloblastoma histologies [ 4, 16, 18, 31, 35, 43], with the underlying assumption that tumors with similar transcriptomes will behave in a biologically similar manner, allowing a transcriptionally driven classification to serve as a guide for successful anti-neoplastic therapy.
The number of ‘subgroups’ of medulloblastoma identified among cohorts of medulloblastoma is largely dependant on the number of individual tumors within a given cohort, with larger cohorts identifying additional levels of hierarchical complexity [ 7, 22, 28, 36]. On the basis of the published literature, and some unpublished data presented at a recent consensus conference in Boston, Massachusetts, members from many of the laboratories publishing on this topic agreed that there were four principal transcriptional subgroups of medulloblastoma, with many of these subgroups showing a subsequent level of hierarchical structure that will be designated the subtypes of the subgroups (Fig.  1). The true number of subtypes for each of the subgroups is currently unknown, but it is likely more than one subtype for each subgroup. The four principal subgroups of medulloblastoma were named as follows: Wnt, Shh, Group 3, and Group 4 (Fig.  2). The Wnt and Shh (Sonic Hedgehog) were named for the signaling pathways thought to play prominent roles in the pathogenesis of that subgroup. Since less is known about the biology of the remaining two subgroups, the consensus was to retain generic names for the present until the underlying biology driving these subgroups was better delineated. There is evidence for the existence of subtypes within the subgroups, particularly for Group 3, which is also reflected by the fact that among Non-WNT, Non-SHH tumors, there may be a small fraction of “intermediate” tumors that would be assigned to Group 3 or Group 4 based on the clustering algorithm applied [ 7]. While the subsets of the subgroups seem readily apparent, they are not well characterized at this point and as such the consensus was to name them using Greek letters (α, β, γ, etc.) until additional characterization was available from multiple centers, on much larger cohorts (Fig.  1). Since the four groups as proposed are clearly distinct in terms of demographics, histology, DNA copy-number aberrations, and clinical outcome as also nicely summarized in a meta-analysis paper in the same issue of this journal [ 21], the authors consider it highly useful to start using these subgroups in the clinic. More specifically, molecular subgrouping will not only contribute to identify target cohorts for certain drugs (e.g., SHH inhibitors), but also add significantly to outcome prediction by the time of diagnosis [ 21], much more than any of the established clinical markers such as patient age, metastatic stage at diagnosis, level of resection, and histological subtype according to the WHO classification [ 25]. To this end, Table  1 summarizes markers that have been proposed to perform subgrouping by immunostaining from various groups. Although it is evident that few tumors will either be positive for more than one marker or negative for all markers [ 28], it is encouraging that using two markers that are supposed to select the same subgroup (such as SFRP1 and GAB1 for SHH tumors) resulted in a very high overlap in a study published in the same issue of this journal [ 23]. In the following, the distinctive characteristics of these four core subgroups are described in more detail.
Table 1
Antibodies used for immunohistochemical assignment of medulloblastoma subgroup affiliation
×
×
Anzeige

Group 3 tumors are mostly ‘classic’ medulloblastomas, although they do encompass the majority of the LCA tumors. The current gold standard for diagnosis of a Group 3 tumor is a transcriptional profile that clusters with other Group 3 tumors [ 7, 22, 28]. Immunohistochemical positivity for NPR3 has been suggested as a Group 3 marker [ 28]. While Shh subgroup tumors have high levels of expression of MYCN, and Wnt subgroup and Group 3 tumors have high levels of expression of MYC, whereas Group 4 tumors have relatively low expression of both MYC and MYCN, apart from the few cases that have MYCN amplification [ 20, 22, 28]. As such, it has been suggested by one group that Group 3 tumors could be called the MYC group [ 20]. Similarly, MYC amplification (but not MYCN amplification) appears to be almost always limited to Group 3 [ 7, 22, 28]. Amplification and over-expression of the medulloblastoma oncogene OTX2 appears to be restricted to Group 3 and Group 4 tumors [ 1, 9, 10, 28]. Group 3 tumors over-express a number of genes that were initially identified through their role in retinal development, although the role of these genes in the pathogenesis in Group 3 tumors is currently opaque [ 7, 22, 28]. Group 3 tumors are much more likely than Group 4 tumors to show gain of chromosome 1q, and/or loss of chromosome 5q and chromosome 10q.
Group 3 tumors occur more commonly in males than females, and are found in infants and children, but are almost never observed in adults. Group 3 tumors have a high incidence of LCA histology, and are very frequently metastatic [ 28]. Indeed, it has been suggested that prior identification of metastatic status as risk factor for poor prognosis in medulloblastoma was in fact identifying a group of patients enriched for Group 3 patients [ 28]. The best evidence for a clear ‘subset of a subgroup’ in medulloblastoma to date is found in Group 3, in which one subset (Group 3α) includes all of the patients with MYC amplifications, and which assumes that most of the high risk of recurrence and death associated with a Group 3 diagnosis. Conversely, Group 3β patients were not found to harbor MYC amplifications, and had a clinical outcome similar to Group 4 patients [ 7]. This exciting finding awaits validation in additional cohorts, and the development of clinically expedient markers for the identification of Group 3α and Group 3β patients. Although Group 3 tumors are likely more similar to Group 4 tumors than to Shh or Wnt tumors, the demographic, clinical, transcriptional, and genetic differences between the Group 3 and Group 4 suggest that they are indeed distinct entities [ 22, 28]. Clearly, the terrible prognosis of Group 3 patients indicates that the medulloblastoma community needs to focus further on this subgroup to develop practical biomarkers, understand its underlying pathogenesis, and develop accurate mouse models.

While most investigators in the field feel strongly that molecular markers will assume increasing importance in the diagnosis and classification of medulloblastoma in the near future, still there will clearly be a role for histopathology. True nodular/desmoplastic tumors, and likely all of the MBENs belong to the Shh subgroup of tumors [ 11, 26]. Classic histology, however, is spread over all four of the principal subgroups, and can even be difficult to distinguish from atypical teratoid/rhaboid tumors on the basis of morphology alone. Large cell/anaplastic tumors also appear to be found in all four principal subgroups, although the majority are Group 3. However, LCA histology maintains its prognostic significance after accounting for subgroup, and the diagnosis of LCA histology may therefore retain significance in a ‘post-subgroup’ world [ 28]. We would suggest, however, that the prognostic significance of LCA histology needs to be assessed separately in large cohorts of each subgroup as the field moves forward.

The degree of molecular and clinical similarity between adult and pediatric medulloblastoma is not entirely clear, yet. Some authors have certainly reported distinct molecular profiles [ 24] and clinical behavior [ 44, 45] when comparing adults and children/infants. However, the distribution of cases across the subgroups is very different in adults as compared to children [ 2, 28, 37, 38]. The most comprehensive study on adult MB published to date suggests that group 3 tumors are exceptionally rare in adults, whereas SHH tumors comprise about two-thirds of cases in this age group [ 38], which makes adult MB patients a particularly attractive cohort for molecular-targeted therapies. However, the exact proportions of subgroups and genetic as well as transcriptomic differences between adult and pediatric patients attributed to the same subgroups have yet to be studied in more detail in larger cohorts.

While histology and the WHO classification have not been supplanted, it has become clear that histology alone is inadequate for the diagnosis and classification of ‘medulloblastoma’. The current generation of studies supports a model in which transcriptionally similar tumors share clinical and molecular features that will be useful in the clinic. The identification of molecular subgroup will likely assume great importance in the design and implementation of targeted therapies. While transcriptionally driven classifications of medulloblastoma will increase in importance over time, we predict that classification based on whole genome or exome sequencing of tumor DNA will likely assume additional importance as sequencing technologies become less expensive, more widely available, and more reliable. While it is clear that distinct molecular subgroups of medulloblastoma exist and are clinically important, we should not lose sight of the fact that there are also commonalities seen across the subgroups, such as mutations in TP53 and MLL2 which are seen in several subgroups [ 32, 34]. The challenges facing the medulloblastoma community in moving forward are (1) to achieve sufficient inter-center co-operation to assemble large cohorts of tumors for both discovery and validation, (2) determine the true extent and nature of inter-tumoral heterogeneity as defined by transcriptional profiling, and (3) development of clinically practical tests for medulloblastoma subgroup assignment that will be feasible for both clinical trials, and inclusion in the day to day clinical care of medulloblastoma patients across the globe. 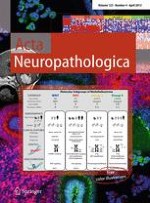 Medulloblastoma: a potpourri of distinct entities