A prospective observational cohort study followed 187 subfertile women, who had received training in self-observation of the fertile phase of the menstrual cycle with the Sensiplan method, for 8 months. The women, aged 21–47 years, had attempted to become pregnant for 3.5 years on average (range 1–8 years) before study entry. Amenorrhea, known tubal occlusion and severe male factor had been excluded. An additional seven women, who had initially been recruited, became pregnant during the cycle immediately prior to Sensiplan training: this is taken to be the spontaneous pregnancy rate per cycle in the cohort in the absence of fertility awareness training.

Training women to identify their fertile window in the menstrual cycle seems to be a reasonable first-line therapy in the management of subfertility.
Anzeige 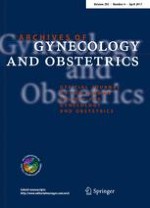 Sexual activity and sexual dysfunction of women in the perinatal period: a longitudinal study