The Authors declare that they have no competing interests.

To determine the naturalistic outcome of treatment of psychosis by traditional healers in Jinja and Iganga districts of Eastern Uganda.

A cohort of patients with psychosis receiving treatment from traditional healers’ shrines were recruited between January and March 2008 and followed up at three and six months. The Mini International Neuropsychiatry Interview (MINI Plus) was used for making specific diagnosis at the point of contact. For specific symptoms, Positive and Negative Symptom Scale (PANSS), Young Mania Rating Scale (YMRS) and Montgomery Asberg Depression Rating Scale (MADRS) were used to measure severity of schizophrenia, mania and psychotic depression, respectively. The Clinical Global Impression (CGI) and Global Assessment of Functioning (GAF) were used for objective assessments. The Compass Mental Health Index measured well being. Mean scores of the scales were computed using one way ANOVA for independent samples. Associations between outcome and categorical variables were examined at bivariate and multivariate levels.

All the symptom scales had a percentage reduction of more than 20% at three and six months follow up. The differences between the mean scores of the scales at baseline and 3 months, baseline and 6 months, and 3 and 6 months were all significant (P < 0.0001). The post test for pair wise comparisons, the Tukey HSD (Honestly Significant Difference) test was also all significant at P < 0.01 except for MADRS where there was no significant difference between 3 and 6 months for depression severity. Over 80% of the participants used biomedical services for the same symptoms in the study period. At 3 months follow up, patients who combined treatment were less likely to be cases (P = 0.002; OR 0.26 [0.15-0.58]), but more likely to be cases at 6 months follow up (P = 0.020; OR 2.05 [1.10-3.189]). Being in debt was associated with caseness both at 3 and 6 months. 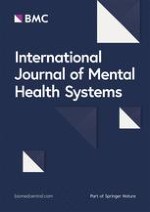 A crisis resolution and home treatment team in Norway: a longitudinal survey study Part 1. Patient characteristics at admission and referral

Knowledge and attitudes of doctors regarding the provision of mental health care in Doddaballapur Taluk, Bangalore Rural district, Karnataka

A crisis resolution and home treatment team in Norway: a longitudinal survey study Part 3. Changes in morbidity and clinical problems from admission to discharge