Needle tract implantation (NTI) can occur after thyroid fine-needle aspiration cytology (FNAC). To date, no studies enrolling a large number of patients and studying the cumulative incidence (CI) of NTI have been published. This study analyzed the clinicopathological features of NTI and calculated the CI.

A total of 11,745 patients who underwent first FNAC, resection for thyroid carcinomas and related lymph node metastases, and postoperative ultrasonography in Kuma Hospital between 2006 and 2017 were evaluated. NTI was defined as macroscopically visible and/or sonographically detected recurrent tumors at the sites of the previous aspiration. Lymphovascular invasion and/or nodal metastasis were excluded.

We found 22 NTI-THY (originated from aspiration of thyroid tumors) and 8 NTI-LN (originating from lymph nodes) cases with CI of 0.15% and 0.37%, and 0.37% and 0.58% at 5 and 10 years after FNAC, respectively. A large percentage (53%) of cases are presented as more aggressive histologic subtypes than their original tumors. Of these NTI patients, 4 (12.1%) died of disease and 10 (33.3%) developed distant metastases but remained alive with stable disease, three (9.1%) developed local recurrences, and the remaining 15 (10%) were free of recurrence.

We demonstrated for the first time the CI and detailed clinicopathological features of thyroid NTI associated with possible histological transformation. Despite the low CI, the risk of death and distant metastases increase manifold in NTI patients than that in patients without recurrence. Therefore, NTI could be an important prognostic variable and impact patient survival. 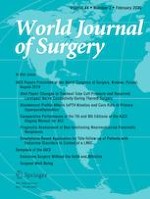 Smartphone-Based Application for Tele-follow-up of Patients with Endocrine Disorders in Context of a LMIC: A Compliance, Satisfaction, Clinical Safety and Outcome Assessment