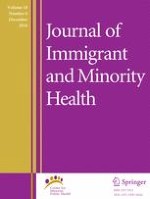 Depression and Chronic Health Conditions Among Latinos: The Role of Social Networks

Disparities in Health Services Use Among Multiracial American Young Adults

Behavioral HIV Prevention Interventions Among Latinas in the US: A Systematic Review of the Evidence