Introduction to the meeting and the neurofibromatoses

The 2011 annual meeting of the Children’s Tumor Foundation (CTF) NF Conference took place at the Snow King Resort, Jackson Hole, Wyoming, June 11th–14th, 2011. The CTF meeting is the annual gathering of the neurofibromatosis (NF) research and clinical communities. Since its inception in 1985, this conference has played a key role as a forum for fostering collaboration, consensus building, and advances in translational research. Meeting attendance has grown from 140 attendees in 2005 to over 300 attendees in 2011, driven by integration of new signaling pathways into NF research, the appreciation for NF pathways in sporadic diseases, and an expanding pre-clinical and clinical agenda component as the NF field progresses bench to bedside.
Neurofibromatosis is a group of inherited genetic disorders—NF1, NF2, and schwannomatosis—that together affect approximately 100,000 persons in US ( http://​www.​ctf.​org/​Living-with-NF/​learn-about-nf.​html). NF1 is the most common, affecting 1:3,000 births; NF2 affects 1:25,000 births. NF1 and NF2 are autosomal dominant disorders: 50% of new cases arise from spontaneous mutations with no family history. Schwannomatosis affects an estimated 1:40,000 births. NF1, NF2 and schwannomatosis each predispose affected individuals to develop Schwann cell tumors. The disorders arise from mutations in different genes, each of which plays a key role in regulating Schwann cell function. The NF1 gene on human chromosome 17 encodes an intracellular signaling molecule that functions as a GTPase activating protein for Ras proteins. In contrast, the NF2 gene on human chromosome 22 encodes a cytoskeletal-membrane linking protein. Understanding of Schwannomatosis is progressing since a candidate gene INI1 was identified.
Anzeige
Even the benign tumors of NF1 (neurofibromas and optic pathway gliomas) and NF2 (schwannoma, ependymoma, and meningioma) and schwannomatosis (schwannoma) can cause significant morbidity and even mortality. This is because of continuous growth and frequent surgical inaccessibility. In addition, malignancy and bone abnormalities, pain, vascular abnormalities, and in 60% of cases, learning disabilities complicate study of NF1. Pain is a debilitating consequence of schwannomatosis. There are as yet no proven drug treatments for any form of NF, but over the past several years multiple clinical trials have been initiated.

Charles Eberhart (Johns Hopkins University School of Medicine) provided the opening keynote presentation. He focused on emerging links between NF pathways and sporadic gliomas. He reviewed reports identifying NF1 gene mutations in approximately 15% of sporadic human high grade glioma [ 4]. He then discussed the key role of BRAF signaling in sporadic pilocytic astrocytoma; most sporadic tumors have genetic alterations in BRAF, and 80% of non-NF1 pilocytic tumors show P-MEK staining, indicating activation of the same pathway affected in NF1-associated pilocytic astrocytoma [ 2]. He emphasized the need to correlate genotype with outcome and tumor grade, and presented new work linking BRAF activity to oncogene-induced senescence in pilocytic astrocytoma, a process which may explain the sometimes indolent growth of optic gliomas in NF1 patients [ 19]. He also showed that a protein functioning downstream of NF2 (YAP1) is expressed in human neural stem cells, is associated with aggressive glioblastoma biology in patients, and that suppressing YAP1 levels in tumor cells slows their growth [ 16].
Stan Nelson (University of California, Los Angeles) described a powerful new strategy to identify novel Mendelian disease genes using whole exome sequencing. This approach reliably searches about 90% of the known protein coding sequence for all mutation types including single base substitutions, small indels, single and multiple exon deletions and duplications. His group and many others are identifying the cause of rare Mendelian diseases at a rapid pace, and the team at UCLA is using efficient and cost-effective whole exome sequencing to more rapidly diagnose individuals with genetic diseases. This approach has great promise for defining the spectrum of DNA variants that contribute to rare and common diseases and that may modify disease processes such as NF.
David Threadgill (North Carolina State University) gave the keynote presentation on Day 3 of the Conference. Dr. Threadgill leads a large international effort to exploit a new mouse genetic resource supporting the integration of genetics into systems biological analyses at the whole animal level. These efforts are based upon the Collaborative Cross, a set of unique recombinant inbred populations of mice that have randomly assorted the genetic polymorphisms present in eight founder inbred strains. He discussed his progress in identification and functional characterization of genes influencing susceptibility to diseases, and how researchers might use the Collaborative Cross to identify cancer modifier genes. Specifically, the NF community may consider using the Collaborative Cross to identify modifier genes relevant in particular to the most prevalent form of NF, NF1, because modifier genes are implicated in NF1 manifestations including numbers of dermal neurofibromas.
Anzeige

The Brain in NF1

The peripheral nervous system in NF1

NF1 manifestations outside the nervous system

Children with NF1 are predisposed to myoproliferative disease, to bone abnormalities, and to vascular abnormalities.
Kevin Shannon (UCSF) presented a talk on the effects of MEK inhibitors in mouse models of acute myeloid leukemia and myeloproliferative neoplasms, including juvenile myelomonocytic leukemia. Interestingly, his data suggest that Raf/MEK/ERK signaling plays a central role in the pathologic growth of hematopoietic tumors that have inactivated NF1. However, he found that there are disease stage-specific effects of treatment with MEK inhibitors in that advanced cancers such as AML initiated by NF1 inactivation are highly dependent on Raf/MEK/ERK signaling and sensitive to MEK inhibitors [ 11]. By contrast, early stage neoplasms in which NF1 inactivation is the dominant (or only) cell autonomous genetic lesions are less “addicted” to Raf/MEK/ERK signaling, but respond to MEK inhibition by modulating aberrant growth. Importantly, this treatment does not eradicate mutant cells. These data have implications for treating benign neoplasms and fully malignant cancers in persons with NF1.
David Ingram (Indiana University School of Medicine) addressed inflammation in the adventitia of the vessel wall and identified a central role for macrophages. It is notable that the recruitment of bone marrow macrophages takes months. Potential treatment regimens to interrupt recruitment of Nf1 heterozygous macrophages to inflamed neointima were addressed. Switching topics to assess the possibility that dysregulated Ras signaling could lead to aneurismal vessel disease, Dr. Ingram presented mouse models based on ApoE receptor signaling that when provided a high lipid or high cholesterol diet developed thickened adventitia and elevated oxidative stress. This oxidative stress has been seen in an Nf1 drosophila model, and provides potential in treatment paths for aneurismal vessel disease. Likewise, the ROS pathway is now a target for novel therapeutic intervention.
Kimberly Jett (University of British Columbia, Canada) discussed the effect of vitamin D3 treatment on bone density (BMD) in NF1 patients. They investigated the therapeutic potential of high dose oral vitamin D3 on bone mineral density in NF1 patients with vitamin D3 deficiency. The dose that maintained the serum 25-hydroxyvitamin D3 level >30 μg/l was used. Treated subjects had significantly improved BMD in hip and lumbar spine in comparison to untreated subjects. Further studies are needed to elucidate the mechanisms responsible for reduced bone mineral density in NF1.

The NF community is focused on using preclinical studies to guide clinical trials.
Matthias Karajannis (NYU Langone Medical Center) discussed how preclinical trials are useful to inform clinical trials by reviewing the use of cultured primary tumor cells, immortalized/transformed cells, and presumptive cancer stem cells. While useful for cell-based high throughput screens, the challenges associated with using these in vitro models were highlighted, including the development of secondary genetic or epigenetic changes that may arise in culture, as well as the inability to assess tumor-host and host-tumor interactions. As an alternative, he discussed advantages of genetically engineered mouse models for preclinical studies.
Scott Plotkin (Massachusetts General Hospital) highlighted the difficulties in directly comparing the preclinical mouse model to human patients. Variable expressivity of NF1 and NF2, effects of other genes, gene/environment interactions are limits to the ability of mouse models to inform human disease. Perhaps, the greatest limitation of the mouse models is their inability to model the impact of disease on quality of life that is decreased in NF1, NF2 and schwannomatosis patients. Understanding how psychological and social factors influence the experience of living with NF will require human rather than animal studies.

The NF2 patients are predisposed to vestibular schwannomas, meningiomas and intramedullary tumors. A large part of the basic science talks was centered continuing improvement of understanding of NF2 role in tumor initiation and fine tuning of mouse models of different tumor types that allow preclinical therapeutics. 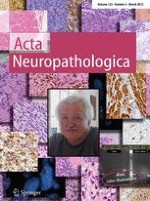 GNAQ and GNA11 mutations in melanocytomas of the central nervous system