Tumor-Associated Neutrophils (TANs) may be able to induce lymphangiogenesis and angiogenesis, although the detailed roles of TANs remain unclear. The Neutrophil-Lymphocyte Ratio (NLR) is an inflammation-based prognostic factor for gastric cancer. This study aimed to investigate the distribution of CD15+neutrophils in the primary tumor and Tumor-Draining Lymph Nodes (TDLNs), and to examine the association of TANs with the clinicopathological features (including NLR) of patients with gastric cancer. 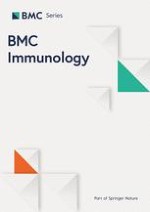 Altered endotoxin responsiveness in healthy children with Down syndrome