Nonsurgical management of patients with symptomatic mitral valve stenosis has been established as the therapeutic modality of choice for two decades. Catheter-based balloon dilation of the stenotic valvular area has been shown, at least, as effective as surgical interventions. Unfavorable results of catheter-based interventions are largely due to unfavorable morphology of the valve apparatus, particularly leaflets calcification and subvalvular apparatus involvement. A mitral valve score has been proposed in Boston, MA, about two decades ago, based on morphologic assessment of mitral valve apparatus by two-dimensional (2D) echocardiography to predict successful balloon dilation of the mitral valve. Several other scores have been developed in the following years in order to more successfully predict balloon dilatation outcome. However, all those scores were based on 2D echocardiography, which is limited by ability to distinguish calcification and subvalvular involvement. The introduction of new matrix-based ultrasound probe has allowed 3D echocardiography (3DE) to provide more detailed morphologic analysis of mitral valve apparatus including calcification and subvalvular involvement. Recently, a new 3DE scoring system has been proposed by our group, which represents an important leap into refinement of the use of echocardiography guiding mitral valve interventions. 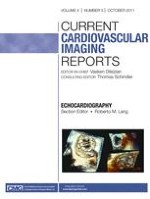 Chamber and Vessel Quantification in Pediatric Echocardiography: What Do the Guidelines Teach Us?

Assessment of the Right Ventricle in Adults: What Have the Guidelines Taught Us?