Na+/H+ exchanger 5 (NHE5) is enriched in neurons and cycles between recycling endosomes and plasma membranes and transports protons to the endosomal lumen as well as to the extracellular space. Although NHE5 expression is undetectable in normal astrocytes, C6 glioma cells express NHE5 at an elevated level. Using C6 cells as a model, here we demonstrate that NHE5 has an important role in tumor growth and tumor cell proliferation and invasion. Glioma xenografts originating from NHE5-knockdown cells exhibited significantly slower growth than those from NHE1-knockdown cells and control cells. Histological characterization of the migration front of NHE5-knockdown tumors revealed a less invasive and less proliferative appearance than NHE1-knockdown and control tumors. NHE5-knockdown but not NHE1-knockdown led to downregulation of fetal bovine serum (FBS)-induced MET and EGFR signaling. Moreover, depletion of NHE5 but not NHE1 reduced the ability of cells to spread on collagen. We found that NHE5 depletion greatly abrogated endocytic recycling and the protein stability of β1-integrin, which in part accounted for the defective cell adhesion, spreading, and invasion of NHE5-knockdown cells. 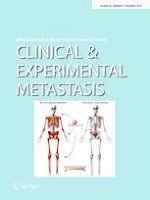