A better understanding of the control of body fat mass and distribution is required for both human health and animal production. The current study investigates plasma parameters in response to changes in body fat mass.

Pigs from two lines divergently selected for residual feed intake were fed diets contrasted in energy sources and nutrients. Between 74 and 132 days of age, pigs (n = 12 by diet and by line) received isoproteic and isoenergetic diets, either rich in starch (LF) or in lipids and fibres (HF). At the end of the feeding trial, plasma samples were analysed by 1H NMR spectroscopy and standard hormonal and biochemical assays.

These data indicate that metabolites associated with energy and protein metabolism were involved in the response to a high-fat, high-fibre diet. Relevant plasma indicators of metabolic flexibility related to changes in body adiposity were then proposed. 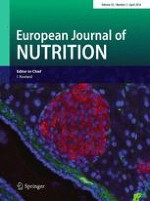