main-content
nach oben
Zurück zum Suchergebnis
​
print
Inhaltsverzeichnis
​
insite
Ausgabenarchiv
​
archive
​
insite
Drucken
​
print
» Jetzt Zugang zum Volltext erhalten
Wichtige Hinweise
Each author certifies that he, or a member of his immediate family, has no funding or commercial associations (eg, consultancies, stock ownership, equity interest, patent/licensing arrangements, etc) that might pose a conflict of interest in connection with the submitted article.
All ICMJE Conflict of Interest Forms for authors and Clinical Orthopaedics and Related Research ® editors and board members are on file with the publication and can be viewed on request.
Clinical Orthopaedics and Related Research ® neither advocates nor endorses the use of any treatment, drug, or device. Readers are encouraged to always seek additional information, including FDA-approval status, of any drug or device prior to clinical use.
Each author certifies that his or her institution approved the human protocol for this investigation, that all investigations were conducted in conformity with ethical principles of research, and that informed consent for participation in the study was obtained.
This work was performed at Institute for Locomotion, Aix-Marseille University, Marseille, France.
A comment to this article is available at http://​dx.​doi.​org/​10.​1007/​s11999-016-4928-7.

Computer-assisted surgery (CAS) for cup placement has been developed to improve the functional results and to reduce the dislocation rate and wear after total hip arthroplasty (THA). Previously published studies demonstrated radiographic benefits of CAS in terms of implant position, but whether these improvements result in clinically important differences that patients might perceive remains largely unknown.

Sixty patients operated on for a THA between April 2004 and April 2005 were randomized into two groups using either the CAS technique or a conventional technique for cup placement. All patient candidates for a THA with the diagnosis of primary arthritis or avascular necrosis were eligible for the CAS procedure and randomly assigned to the CAS group by the Hospital Informatics Department with use of a systematic sampling method. The patients assigned to the freehand cup placement group were matched for sex, age within 5 years, pathological condition, operatively treated side, and body mass index within 3 points. All patients were operated on through an anterolateral approach (patient in the supine position) using cementless implants. In the CAS group, a specific surgical procedure using an imageless cup positioning computer-based navigation system was performed. There were 16 men and 14 women in each group; mean age was 62 years (range, 24–80 years), and mean body mass index was 25 ± 3 kg/m2. No patient was lost to followup at 10 years, but five patients have died (two in the CAS group and three in the control group). At the 10-year followup, an independent observer blinded to the type of technique performed patients’ evaluation. Cup positioning was evaluated postoperatively using a CT scan in the two groups with results previously published. At 10 years, we assessed subjective functional outcome and quality of life using validated questionnaires (SF-12, Harris hip score [HHS], Hip injury and Osteoarthritis Outcome Score). Wear rate was then evaluated on standardized radiographs using a previously validated semiautomated computer analogic measurement method (dual circle method). Complications and survivorship were compared between groups. With our available sample size, this study had 80% power to detect a difference of 4 points out of 100 on the HHS at the p < 0.05 level.

Our observations suggest that CAS used for cup placement does not confer any substantial advantage in function, wear rate, or survivorship at 10 years after THA. Because CAS is associated with added costs and surgical time, future studies need to identify what clinically relevant advantages it offers, if any, to justify its continued use in THA. 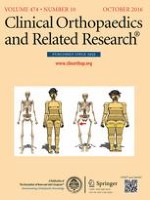 CORR Insights®: Hindfoot Arthrodesis with the Blade Plate: Increased Risk of Complications and Nonunion in a Complex Patient Population