We identified 1,340 patients who underwent RC between 2011 and 2015 in Sweden due to MIBC according to the Swedish Cystectomy Register. These individuals were followed through linkages to several national registers. Propensity score adjusted logistic regression was used to calculate odds ratios (ORs) and 95% confidence intervals (CIs) for complications and death within 90 days of surgery, comparing patients receiving preoperative chemotherapy or not.

This nation-wide population-based observational study does not suggest that preoperative chemotherapy, in a setting with high utilisation of such treatment, is associated with an increased risk of short-term complications in MIBC patients treated with radical cystectomy. 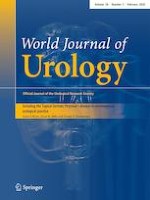 Organ-sparing surgery of penile cancer: higher rate of local recurrence yet no impact on overall survival