The online version of this article (https://​doi.​org/​10.​1007/​s11605-018-3967-7) contains supplementary material, which is available to authorized users.
Lan Liu and Chenghao Li contributed equally to this work.

There is controversy regarding the efficacy of nonsteroidal anti-inflammatory drugs (NSAIDs) for prophylaxis against endoscopic retrograde cholangiopancreatography (ERCP) postoperative pancreatitis. Therefore, we conducted a systematic review and meta-analysis to evaluate the efficacy of NSAIDs for prophylaxis against post-ERCP pancreatitis (PEP).

Nineteen RCTs involving a total of 5031 patients (2555 in the intervention group and 2476 in the control group) were selected. Overall, NSAIDs were associated with a significant reduction in risk of PEP (RR = 0.54, 95% CI 0.45 to 0.64, I2 = 40.4%) and moderate to severe PEP (RR = 0.45, 95% CI 0.30 to 0.67, I2 = 0%) compared with the control group. Subgroup analyses were performed according to route of administration (rectal or other), type of NSAIDs (diclofenac, indomethacin, or other), timing of administration (pre-ERCP, post-ERCP, or other), and patient population (high risk or general). Subgroup analyses showed difference in clinical efficacy of NSAID prophylaxis regardless of route, timing, or specific type of NSAID.

NSAIDs were associated with a significant reduction in risk of PEP and moderate to severe PEP compared to the control group. 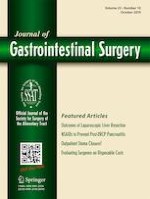