This study was designed to evaluate and compare the oncological outcomes of patients with pathological T1a (pT1a) small renal cell carcinomas (RCCs) with those with incidental pathological T3a (pT3a) RCCs who have been treated using partial nephrectomy (PN).

We retrospectively evaluated the records of 1367 consecutive patients who underwent PN for small RCCs (≤4 cm) between 1997 and 2014. The curves for recurrence-free, cancer-specific, and overall survival were estimated using the Kaplan–Meier method. Cox regression analysis was used to estimate the prognostic significance of each variable.

Our study found that pT3a stage disease following PN for small RCCs (≤4 cm) had similar oncological outcomes to those of pT1a stage. 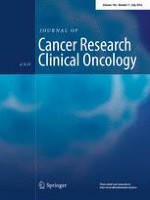