Bile duct injuries have been substantially increased after the introduction of laparoscopic cholecystectomy (LC). They are accompanied by major morbidity, occasional mortality, lengthening of hospital stay, additional health costs, and deterioration of patients’ quality of life and life expectancy. The aim of this study was to present the method of “critical view of safety” (CVS) as safe and feasible for the prevention of bile duct injuries during laparoscopic cholecystectomy.

During a 6-year period from January 2002 till December 2007, 1,046 LCs (369 men and 677 women) were performed mainly for symptomatic gallstone disease. The CVS technique recommends clearing the triangle of Calot of fat and fibrous tissue and taking the gallbladder off the lowest part of its attachment to the gallbladder bed. The “infundibular” technique (identification of cystic duct and gallbladder junction) was used whenever CVS was not possible to perform.

The CVS was performed in 998 patients (95.4%). Overall, 27 patients needed conversion to the open approach (2.6%). This rate was higher in patients with acute inflammation undergoing early operation (nine of 128, 7%) compared with patients operated later or electively (18 of 914, 1.9%). There was no bile duct injury in the 1,046 cholecystectomies. Postoperatively, five patients had bile leaks which were transient and stopped spontaneously after 2–14 days. Two reoperations were performed because of severe bleeding.

CVS clarifies the relations of the anatomic structures that should be divided, and therefore, it should be ideally and routinely applied in all LCs because of its highly protective role against bile duct injuries. 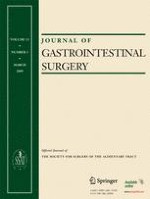 Dendritic Cell-Associated Immune Inflammation of Cardiac Mucosa: A Possible Factor in the Formation of Barrett’s Esophagus

Bariatric Surgery: A History of Empiricism, a Future in Science