The aim of this study was to use the Ocular Trauma Score (OTS) to review and analyze all the open globe injuries (OGIs) that presented to Brooke Army Medical Center (BAMC) from July 2011 to March 2017, and whether or not the OTS can be used to predict enucleation or evisceration.

Retrospective chart review was performed through the medical record systems at BAMC for all OGIs from July 2011 to March 2017. This study was not performed on wartime patients. The primary outcome measures were the variables in the OTS and need for enucleation or evisceration. 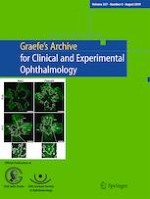