In children who have undergone splenectomy, there may be impaired immunologic function and an increased risk of infection. We aimed to define the long-term rate of and risk factors for post-splenectomy infection using a population-based cohort study.

All children (< 18 years) who underwent splenectomy from 1966 to 2011 in Olmsted County, MN were identified using the Rochester Epidemiology Project (REP). Descriptive statistics, Kaplan–Meier estimates, and Cox Proportional hazard ratios were performed to evaluate for risk factors associated with developing infection.

After splenectomy in children, most patients do not develop infection. Nearly three-quarters of patients were vaccinated with the lowest rates in patients that underwent a splenectomy for trauma. In patients who received multiple procedures during a splenectomy, the infection risk was higher. 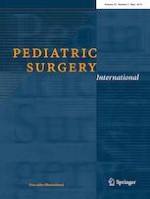 In prenatally diagnosed CPAM, does the affected lobe influence the timing of symptom onset?