We aimed to determine the effect of a health coach, text message, and Fitbit intervention on moderate-to-vigorous physical activity (MVPA) maintenance in cancer survivors following a supervised exercise program compared to provision of a Fitbit alone.

The findings demonstrate that a remote intervention delivered through health coaching, text messages, and Fitbit can promote maintenance of MVPA after a structured program for cancer survivors. However, use of a Fitbit alone was not sufficient to prevent expected decline in MVPA. Additional research is warranted to examine long-term impacts and efficacy in a more diverse population of cancer survivors.

Use of a wearable tracker alone may not be sufficient for exercise maintenance among cancer survivors after transition to an independent program. Additional planning for relapse prevention is recommended. 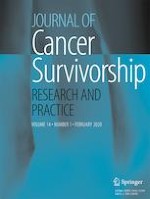 Building a novel occupational rehabilitation program to support cancer survivors to return to health, wellness, and work in Australia

Correction to: influenza vaccination in caregivers of childhood cancer survivors