Insulin-like growth factor-binding protein-3 (IGFBP3) is an N-linked glycosylated, phosphorylated protein, which has been reported to regulate cancer progression and metastasis. However, the role of IGFBP3 in tumor metastasis remains under debate. Nasopharyngeal carcinoma (NPC) is a highly metastatic head and neck cancer. And it fails to achieve the desired therapeutic efficacy in patients with metastasis, while the role of IGFBP3 in NPC is still unclear. In this study, we first used immunohistochemistry to explore the expression of IGFBP3 in NPC tissues. We found that IGFBP3 was significantly elevated in NPC and its expression level was correlated with N classification, distant metastasis, and TNM clinical stage (all P < 0.05). Patients with high expression of IGFBP3 had poorer survival rate (P < 0.05). In addition, we found that downregulation of IGFBP3 inhibited cell migration and adhesion by Transwell migration assay, wounding healing assay, and cell adhesion assays in vitro. Besides, NPC cells stimulated with recombinant IGFBP3 accelerated migration and adhesion. These data suggest overexpression of IGFBP3 promotes tumor metastasis in NPC, which makes it a potential therapeutic target. 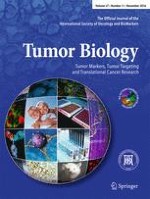