Myopia is the one of the most common ocular disorders in the world. The prevalence of myopia is about 20%–30% in North American, Australian, and European populations [ 1– 3], and much higher (40%–70%) in the Asian population [ 4– 6], especially in China [ 7– 9]. Myopia is an important public health problem because it is associated with increased risk for chorioretinal degeneration, retinal detachment, and other vision-threatening abnormalities [ 10, 11]. Several therapeutic methods exist for the correction of myopia, such as corrective spectacles, contact lenses, keratorefractive surgeries, intraocular lenses (IOLs), and clear lens extraction [ 12– 14]. However, possible sequel of keratorefractive surgeries of high refractive errors, such as glare, halo, and contrast sensitivity have been reported [ 15, 16]. Therefore, prevention of high myopia is of utmost importance.
The nonselective muscarinic acetylcholine receptor (mAChR) antagonist, atropine, slows down myopia progression in a dose-dependent manner as compared with that in a placebo-treated group [ 17– 19]. Atropine has proved useful both in animal studies and human clinical trials and is now widely used to control progression of myopia. However, myopia is never completely resolved. In atropine users, increasing intraocular pressure and photo-stress of the crystalline lens and retina are often concerned; photophobia and poor near vision are often to be confronted with. Moreover, rebound effect after atropine cessation had been mentioned before [ 20]. After stopping treatment, eyes treated with atropine demonstrated higher rates of myopia progression compared with eyes treated with placebo. However, the absolute myopia progression after 3 years was significantly lower in the atropine group compared with placebo [ 20].
Anzeige
Orthokeratology (OK) uses specially designed rigid contact lenses to reshape the cornea in order to temporarily reduce or eliminate refractive error [ 21, 22]. Modern OK using sophisticated contact lenses with a reverse-geometry design can provide faster, larger, and more predictable refractive changes than OK lenses used in the original method introduced in the early 1960s [ 23]. Overnight OK lenses can decrease the patient’s need to wear contact lenses or spectacles in the daytime by providing acceptable vision for normal routine activity. The presumed mechanisms of OK lens-induced myopic reduction include central corneal flattening, thinning of the central corneal epithelium [ 24, 25], thickening of the mid-peripheral cornea, and peripheral vision myopic shift [ 26]. However, several studies report that OK lenses increase higher-order aberrations of the cornea and decrease contrast sensitivity [ 27, 28]. Despite controversies related to safety issues, OK lens use is becoming increasingly popular [ 21].
High myopia is one of the major causes of legal blindness, and many efforts have been invested into slowing elongation of axial length and decreasing myopia progression. In this study, two of the currently most useful methods in controlling myopia are compared: OK lenses and 0.125% atropine. Refractive errors, axial length, and endothelium cell count were analyzed to determine the effects of the two groups in controlling myopia progression. 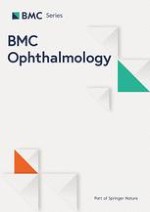