Juvenile localized scleroderma (JLS) is a rare pediatric disease characterized by inflammation and skin thickening. JLS is associated with deep tissue and extracutaneous involvement that often results in functional impairment and growth disturbances. This article provides an overview of the disease with a focus on active features and treatment.

We searched databases including PubMed, Elsevier and MedLine and Wanfang, reviewing publications from 2013 to 2019. Selected earlier publications were also reviewed.

Linear scleroderma is the most common JLS subtype. Several lines of evidence suggest that JLS is an autoimmune disease. Extracutaneous involvement is common and can present before the onset of skin disease. Multiple skin features are associated with disease activity, and activity can also manifest as arthritis, myositis, uveitis, seizures, and growth impairment. Systemic immunosuppressive treatment, commonly methotrexate with or without glucocorticoids, greatly improves outcome and is recommended for treating JLS patients with active disease and moderate or higher severity. Long term monitoring is needed because of the disease's chronicity and the high frequency of relapses off of treatment.

JLS is associated with a risk for disabling and disfiguring morbidity for the growing child. Identifying active disease is important for guiding treatment, but often difficult because of the paucity of markers and lack of a universal skin activity feature. More studies of JLS pathophysiology are needed to allow the identification of biomarkers and therapeutic targets. Comparative effectiveness treatment studies are also needed to work towards optimizing care and outcome. 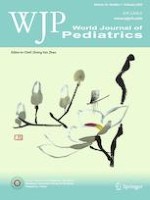