To study the regulation and functions of oviductal glycoprotein 1 (OVGP1) in endometrial epithelial cells.

OVGP1 is specifically induced in the luminal epithelium at the time of embryo implantation where it regulates receptivity-related genes and aids in trophoblast adhesion. 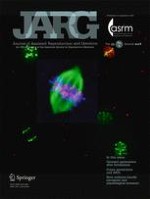