Malignant cystic neoplasms are rare entities that account for only 1% of all pancreatic tumors. 1 Serous and mucinous cystic neoplasms are tumors of the exocrine pancreas with different biological behaviors. Mucinous cystic tumors are typically slow-growing but carry a significant potential for malignancy, and thus, resection is often indicated. 2, 3 In contrast, serous cystadenomas are considered benign tumors with almost no malignant potential. They are often observed with serial imaging or managed expectantly. 4 In the absence of symptoms, surgery is not usually recommended.
The first case of a pancreatic serous cystadenocarcinoma was reported by George et al. in 1989. The authors described the malignant characteristics of a serous cystic tumor of the pancreas with invasion into the spleen, stomach, and liver. The patient expired intra-operatively due to hemorrhage. 5 Subsequently, additional reports have documented similar findings of serous cystic neoplasms with malignant behavior. The histological characteristics of serous cystadenocarcinoma are indistinguishable from its benign counterpart, making the presence of invasion the sole distinguishing characteristic between the two. 5 In this report, we present a case of serous cystadenocarcinoma with duodenal, vascular, and neural invasion. We also review the literature and discuss the current diagnostic techniques and principles of management.
Anzeige

A systematic review of the literature was performed utilizing PubMed and MEDLINE searches. Articles were identified using the search terms: pancreas and serous cystadenocarcinoma. Nineteen articles were included in the analysis. Data are presented as mean ± standard error of the mean.

A 70-year-old man presented with upper gastrointestinal (GI) bleeding and abdominal pain. There was a duodenal ulcer with no evidence of malignancy on esophagogastroduodenoscopy (EGD), and an abdominal computed tomography (CT) scan revealed a 5.7-cm cystic mass in the head of the pancreas which was diagnosed by core needle biopsy as a serous cystadenoma. The patient was treated for presumed duodenal ulcer disease leading to resolution of symptoms and scheduled for observation of his pancreatic mass.
Three months later, the patient returned with recurrent coffee-ground emesis and abdominal pain. CT scan showed enlargement of the pancreatic mass to 6.5 × 8 cm and central dystrophic calcifications with new pancreatic and biliary ductal dilatation (Fig.  1). Repeat EGD identified a bleeding duodenal ulceration, and biopsies were consistent with a “benign” serous cystadenoma.
×
Upon surgical consultation, an elective pancreaticoduodenectomy was planned due to the increased size of the tumor, recurrent bleeding, and erosion into the duodenum. Laparotomy revealed a large mass in the head of the pancreas with no evidence of gross metastatic disease or invasion of the mesenteric vessels. The patient’s post-operative course was complicated by delayed gastric emptying requiring temporary gastrostomy and feeding jejunostomy tubes.
Anzeige
On gross examination, the mass measured 9 × 8 × 6 cm, and there was marked, aggressive invasion of the duodenum beyond the level of the muscularis propria (Fig.  2). Histology demonstrated microcysts lined by clear cells without mucinous cytoplasm (Fig.  3). Microscopic vascular and perineural invasion were also seen, further distinguishing this lesion from a benign serous cystadenoma (Figs.  4 and 5). All resection margins and 17 lymph nodes were uninvolved.
×
×
×
×
Immunochemical stains for keratin AE1/3, 7, and 19 and CAM 5.2 were positive. Stained samples of the mass also showed weak immunoreactivity for carcinoembryonic antigen (CEA). Keratin 20 staining was negative. DNA content analysis by flow cytometry demonstrated no evidence of aneuploidy.
The final diagnosis was serous cystadenocarcinoma with duodenal, vascular, and neural invasion. At last follow-up 7 years post-operatively, the patient is doing well without clinical or radiographic evidence of recurrent disease.
Literature review yielded 25 reports of serous cystadenocarcinoma (Table  1). 5– 23 The average age at presentation is 68 ± 2 years, and 60% of patients affected are female (28% male; in 12% of cases, sex was not reported). Presenting complaints included abdominal pain (24%), upper GI bleeding (12%), weight loss (8%), palpable mass (8%), jaundice or abnormal serum liver enzymes (8%), and nonspecific abdominal complaints (8%).
Table 1
Characteristics of Pancreatic Serous Cystadenocarcinoma Reported in the Literature
DP distal pancreatectomy, NA not available, LN lymph node, PPW pylorus-preserving Whipple resection
The mean diameter of serous cystadenocarcinoma was 10 ± 1 cm (range, 2.5–19 cm). Lesions exhibit both of the hallmarks of malignancy: local invasiveness and distant metastasis with most tumors associated with local invasion of the spleen (8%), small intestine (4%), stomach (4%), adrenal gland (4%), or microscopic invasion of vascular and neural tissues. Synchronous or metachronous liver metastases were frequently noted (36%), along with metastasis to regional lymph nodes (12%), bone marrow (4%), and lung (4%). Mean survival was 36 ± 11 months (range, <30 days to 120 months) among cases with follow-up ( n = 11), and ten (91%) of these patients were still alive when reports were published including seven (64%) patients with metastatic disease.

The preoperative differentiation between a benign serous cystadenoma and malignant serous cystadenocarcinoma remains difficult. Indeed, the correct diagnosis of serous cystadenocarcinoma was not made pre-operatively in any of the cases, including the current one. 5– 23 The benign and malignant variants appear identical histologically, with the only distinguishing feature being gross or microscopic evidence of invasiveness. Thus, the utility of cytology or histology obtained from core needle biopsy is limited. 18
The current practice for management of serous cystadenomas of the pancreas is to observe asymptomatic lesions thereby avoiding the potential morbidity and mortality associated with a major operation. 13, 14, 18, 24, 25 We agree with this conservative approach. Nevertheless, clinicians should be aware of the possibility for malignant transformation in serous cystic neoplasms and should maintain an index of suspicion when certain clues appear. These include the onset of new symptoms, worsening of symptoms, or rapid enlargement of the mass. In these cases, resection may be indicated, despite the lack of objective evidence for malignancy obtained from preoperative imaging, endoscopy, and biopsies.
In the current case, a serous cystadenocarcinoma was diagnosed without evidence of distant metastasis but with extensive tumor invasion into surrounding structures, both grossly and microscopically. To our knowledge, this is the first example of serous cystadenocarcinoma with extensive duodenal, vascular, and neural invasion but no distant metastases.
Anzeige

Our case report is illustrative of the management strategy for serous cystic lesions of the pancreas despite the presence of an initially unrecognized malignancy: the progression of symptoms and increase in size of the mass triggered curative resection. The excellent prognosis associated with serous cystadenocarcinoma justifies an aggressive approach to surgical resection, even in older patients. This is especially so since major pancreatic resections are now done with very low mortality and morbidity rates in major centers around the world. 26 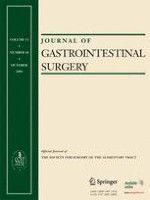 Outcome after Resection of Hepatic and Pulmonary Metastases of Colorectal Cancer

Laparoscopic Duodenojejunostomy for Superior Mesenteric Artery Syndrome—How I Do It