Pneumonia in the pediatric age group is common and it can commonly progress to pediatric empyema thoracis (PET). The American Thoracic Society has described three stages of PET which have been the following: exudative, fibrinopurulent, and organized. We describe a new Jabalpur image-based staging system for empyema thoracis in children which has allowed focused intervention and improved outcomes. Pre-empted focused observation, gaps in the treatment and outcomes, and the triangulation of these resulted in the evolution of a new, image-based staging system for pediatric empyema thoracis. From 2009 to 2014, our team was a participant-observer of the usual practices to treat children up to 18 years of age with pneumonia who developed empyema. The prevalent classification into exudative, fibrinopurulent, and organized empyema was treated as per practice. Patients with chronic empyema, empyema necessitans, and tubercular and those with incomplete data were excluded. A staging system purely based on ultrasound (US) and computed tomography (CT) findings was evolved, and we call it Jabalpur image-based staging (JIBS) system for pediatric empyema thoracis. A decision-making algorithm was further evolved using the JIBS system to provide stage-directed treatment. This staging system and algorithm after a pilot run was prospectively applied to a set of patients accrued from January 2015 to December 2019 with PET which was strictly allocated as per new evolved staging and treated with discrete choices by all the methods inclusive of general supportive care, nutritional support, tube drainage, and open and video-assisted thoracoscopic surgery (VATS). The successful early outcome was defined statistically significant reduction of mean ICTD days, the number of CXRs, and the mean hospital days, which reflects earlier recovery. The long-term successful outcome was defined as the absence of fever, breathlessness, and adequate weight gain (according to age) at a minimum follow-up of 3 months. On the prospective evaluation of JIBS and the stage-directed decision-making algorithm on a set of 187 children accrued from January 2015 to December 2019, there was a significant improvement in the success of drainage and the number of VATS procedures, and their success significantly improved. There was a significant reduction in mean preoperative stay, mean intercostal tube drainage (ICTD) days, the number of chest x-rays (CXRs), mean hospital stay, and the number of open procedures in the prospective group. Accuracy of a new staging system to identify exudative, fibrinopurulent, and organized stages of PET was found to be 94.65%, 94.65%, and 97.86% respectively. The long-term successful outcome was observed in 179 (95.72%) children while 8 patients had chest deformity and a minimum secondary scoliosis which was addressed with physiotherapy. This study proposes a simple image-based staging system and stage-directed decision-making algorithm for empyema thoracis in children, which sharply defines the stages and allows the selection of appropriate surgical modality in cases of PET.
Anzeige 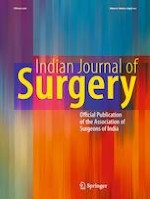 Outcomes of Mini-Appendectomy: an Experience of 150 Cases at a Tertiary Care Hospital of Nepal

A Review of Operation Theater Notes in a Tertiary Care Center

The Effect of Post-Operative Handgrip Exercise on the Maturation of Arteriovenous Fistula: a Randomized Controlled Trial