Penetration and distribution of gadolinium-based contrast agents into the cerebrospinal fluid in healthy rats: a potential pathway of entry into the brain tissue | springermedizin.de Skip to main content
TOOLBAR 1 2 3 4
SUCHE MENÜ 1 2 3 4

Gadolinium-based contrast agents (GBCAs) are frequently used in MRI examinations and are generally considered to have an excellent safety profile [ 1]. Following intravenous injection, GBCAs distribute in the blood and the extravascular-extracellular space; however, to the common knowledge these agents cannot penetrate the intact blood-brain barrier (BBB) [ 2]. Therefore, CNS imaging – i.e. the possibility to enhance areas with a disrupted BBB – is a major indication for contrast-enhanced MRI [ 3]. However, after multiple administrations of GBCAs, increased signal intensities (SIs) were recently reported on unenhanced T1-weighted MRIs in certain brain regions, mainly in patients with multiple sclerosis or neoplastic diseases [ 4– 12]. A correlation between these signal hyperintensities in the dentate nucleus (DN) and globus pallidus (GP) and the number of contrast-enhanced MRI examinations was first described by Kanda et al. in 2014 [ 4]. Subsequent autopsy studies verified the presence of gadolinium in enhanced brain structures and suggest a correlation between the gadolinium present in the DN and GP and T1-weighted MRI SI increase [ 13, 14]. The SI increase seems to be primarily associated with the repeated use of the multi-purpose linear GBCAs gadodiamide, gadopentetate dimeglumine and gadobenate dimeglumine [ 4– 12, 15, 16]. For gadopentetate dimeglumine a significant change of T1 was also confirmed by MR-relaxometry [ 17]. In the brain of decedents gadolinium was detected after administration of linear and macrocyclic GBCAs [ 18]. However, no visible SI increase has been observed for the macrocyclic GBCAs gadobutrol, gadoterate meglumine and gadoteridol [ 7, 11, 12, 19– 21]. Stojanov et al. reported that gadobutrol causes signal enhancement of the DN and GP [ 22]. However, the design of this study was critically discussed and does not convincingly support this conclusion [ 23– 25].
In order to study this more systematically and especially under controlled and reproducible conditions, animal models were established and confirmed prospectively the brain signal hyperintensities seen in the retrospective patient studies [ 26– 28]. The animals showed elevated SIs in the cerebellar nuclei after multiple administrations of linear but not after receiving macrocyclic GBCAs [ 26– 28]. It is important to note that the animals were healthy, without underlying diseases that may affect BBB integrity and function.
Anzeige
The mechanism of GBCA accumulation in the brain is unknown and raises several questions. This study focuses on the initial pathway of GBCA entry into the brain. In the brain, two barrier systems exist, the BBB and the blood-cerebrospinal fluid (CSF) barrier [ 29]. Regarding brain signal hyperintensities in clinical studies, the status of the patients’ BBB integrity and function is either unknown or can be most likely characterized as a local BBB disruption due to disease processes. However, the underlying mechanism that allows GBCA infiltration into the brain, in particular in areas that are anatomically distant from a disease process, is not known. In addition to a disrupted BBB, GBCA penetration from the blood into the CSF represents another potential pathway for GBCA entry into the brain. Indeed, CSF enhancement in the internal auditory canal has been described after intravenous GBCA administration in patients with Ménière’s disease [ 30, 31]. However, little knowledge exists about the impact of the physicochemical properties and chemical structure of GBCAs on the distribution and intensity of the enhancement. The impact of time on signal enhancement in various cranial fluid spaces after the administration of gadoteridol was evaluated in healthy volunteers using heavily T2-weighted fluid-attenuated inversion recovery (FLAIR) imaging [ 32]. This dedicated sequence is highly sensitive to detect low GBCA concentrations [ 30]. In a preclinical study, CSF signal enhancement on FLAIR images was initially observed for all GBCAs investigated, suggesting that all GBCAs could pass the blood-CSF barrier in rats to a certain, but not yet quantified, extent [ 27].
The aim of this preclinical study was to evaluate the penetration of GBCAs from the blood into the CSF and the distribution kinetics within different CSF cavities in a systematic manner. Therefore, GBCAs with linear and macrocyclic structures and different physicochemical properties (ionic, non-ionic and protein-binding) were evaluated by FLAIR MRI up to 4 h post injection (p.i.). In addition to the marketed GBCAs, the experimental macromolecular agent gadomer was used to assess the effect of molecular size. CSF and blood samples were obtained at 4.5 and 24 h after GBCA administration for inductively coupled plasma-mass spectrometry (ICP-MS)-based gadolinium quantification. Additionally, samples from the cerebellum and pons were analysed to determine gadolinium concentration 24 h p.i.

One hundred and two healthy Han-Wistar rats (Crl:WI; males; 275–325 g) were obtained from Charles River (Sulzfeld, Germany). The animals were kept under standard laboratory conditions and standard rat chow and water were provided ad libitum. The animals were handled and treated according to German animal regulations. The MRI and CSF sampling were performed under anaesthesia with 1.5 % isoflurane (Baxter GmbH, Unterschleißheim, Germany).

The study was performed in two parts: First, an MRI-based evaluation of GBCA infiltration and distribution within the CSF up to 4 h after the administration, and second, the quantification of CSF, blood, cerebellum and pons gadolinium concentration 24 h p.i. (Fig.  1). Ninety-six rats were randomly divided into a control and seven GBCA groups (n = 12 each), and additional six rats were used to monitor quantitative changes of SI after a necessary service of the MRI system. For the two study parts, each group was divided into two subgroups (n = 6 each). The first subgroup underwent MR-cisternography (MRC) and FLAIR MRI up to 4 h after GBCA administration. Subsequently, a CSF and blood sample was obtained for ICP-MS-based gadolinium quantification. Animals from the second subgroup underwent CSF and blood sampling 24 h after GBCA injection and samples from the cerebellum and pons were also taken. The following GBCAs were investigated: gadopentetate dimeglumine (Magnevist, Bayer Vital GmbH, Leverkusen, Germany), gadodiamide (Omniscan, GE Healthcare Buchler GmbH, Braunschweig, Germany), gadobenate dimeglumine (MultiHance, Bracco Imaging Deutschland GmbH, Konstanz, Germany), gadobutrol (Gadovist, Bayer Vital GmbH), gadoterate meglumine (Dotarem, Guerbet GmbH, Sulzbach/Taunus, Germany) and gadoteridol (ProHance, Bracco Imaging Deutschland GmbH). The experimental GBCA gadomer (Bayer Pharma AG, Berlin, Germany) was used to assess the effect of molecular size. Gadomer is a dendritic gadolinium complex with a molecular weight of 17 kDa that distributes almost exclusively within the intravascular compartment [ 33]. All agents were applied intravenously at a dose of 1.8 mmol Gd/kg body weight. This dose approximates three times the human standard dose based upon body surface area normalization between rats and humans [ 34]. Saline administered at identical volume was used in the control group. During the experiments, servicing of the MR scanner was necessary. The images of the experimental gadomer and gadoteridol groups that underwent MRI after the service showed altered SI levels. Therefore, the additional gadobutrol group (n = 6) was added to ensure comparability between the first and second set of MRI measurements.
×
Anzeige

MR imaging was performed using clinical 1.5-T MRI (Avanto, Siemens Healthcare GmbH, Erlangen, Germany) and a dedicated two-channel rat head coil (Rapid Biomedical GmbH, Rimpar, Germany). For the evaluation of the fluid space, T2-weighted MRC for anatomical references of the CSF space was used. For MRC, a variable flip angle 3D-TSE sequence (TR = 4,400 ms, TE = 553 ms) with an initial refocusing flip angle of 180° (decreased to 120° for the refocusing echo train) and a turbo factor of 79 were used. The spatial resolution was 0.3 × 0.3 × 0.6 mm (field of view (FOV) = 100 × 48 mm; 30 transversal slices). MRC was followed by pre- and post-contrast heavily T2-weighted FLAIR sequence with identical parameters. However, a non-selective inversion recovery pulse with an inversion time of 2,250 ms was included, and TR was extended to 9,000 ms. The first FLAIR sequence was started 1 min after GBCA injection immediately followed by a second scan. The middle of the scan time (16:14 min) was set as the time point for the temporal evaluation (9 min and 25 min p.i., respectively). Another MRC and FLAIR measurement was performed 4 h p.i.

For CSF sampling, the anaesthetized animals were positioned in a stereotactic frame. The head was flexed, and a small incision was made inferior to the occiput to expose the dura mater of the cisterna magna. A catheter capillary tube was inserted into the cisterna magna, and the CSF was collected into the tube. The animals were euthanised by exsanguination, and a blood sample was collected. In the second part of the study, the brain was removed and dissected to sample the cerebellum and pons. The gadolinium concentrations of the CSF, blood, cerebellum and pons were measured by ICP-MS (Agilent 7500a, Waldbronn, Germany).

Image analysis was performed by two experienced readers who were blinded to the experimental groups. In the MRC images, manually defined regions of interest (ROIs) were drawn in two adjacent slices around the third and fourth ventricles, the aqueduct and in the subarachnoid space at different anatomical locations (cerebral, spinal and lateral). Examples of the ROI placement are shown in Fig.  2. The ROI positions were copied to the FLAIR images to evaluate the contrast enhancement before and after GBCA administration.
×

Signal enhancement of the CSF spaces was observed in all FLAIR images after GBCA administration. Figure 3 shows representative images of the brain at the level of the fourth ventricle. The cavity fluid spaces are visualized by MRC to determine the anatomical location and are almost completely attenuated in the baseline FLAIR scan (Fig.  3b). A clearly visible signal enhancement indicating the presence of GBCA in the fluid spaces was demonstrated by FLAIR imaging after 9 min, 25 min and 240 min p.i. (Fig.  3c–e). The FLAIR imaging throughout the brain depicted GBCA-induced signal enhancement in all ventricles and the subarachnoid space.
×
For quantitative image analysis ROIs were placed at different CSF spaces to evaluate the distribution pattern and kinetics of the GBCAs over 240 min (Fig.  4). Gadoteridol, gadomer and the second gadobutrol group were diagrammed separately (Fig.  4b) due to a shift in the SI levels after servicing of the MR scanner. Comparing the two gadobutrol groups (Fig.  4a and b), the different signal levels were obvious.
×
CSF signal enhancement was detected for all GBCAs at comparable levels. A rapid signal enhancement was found immediately after administration in the inner CSF cavities (third and fourth ventricle, aqueduct), which was followed by successively declining CSF signals. After 240 min the SI reached almost baseline level. By comparison, the CSF signal in the subarachnoid space (spinal cord, lateral and cerebral location) increased at a slower rate with a peak at 25 min p.i. Subsequently, decreasing SIs were observed until 240 min p.i., declining more rapidly and rigorously at the level of the spinal cord than on the lateral and cerebral level.

The scientific guarantor of this publication is H. Pietsch. The authors of this manuscript declare relationships with the following companies: G. Jost, T. Frenzel, J. Lohrke and H. Pietsch are employees of Bayer Pharma AG. D.C. Lenhard received a research grant from Bayer Pharma AG. No complex statistical methods were necessary for this paper. Methodology: prospective, experimental, performed at one institution
Open Access This article is distributed under the terms of the Creative Commons Attribution 4.0 International License (http://creativecommons.org/licenses/by/4.0/), which permits unrestricted use, distribution, and reproduction in any medium, provided you give appropriate credit to the original author(s) and the source, provide a link to the Creative Commons license, and indicate if changes were made. 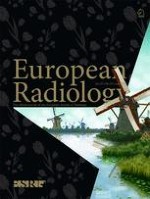 Erratum to: Altered intrinsic brain activity after chemotherapy in patients with gastric cancer: A preliminary study

Treatment Efficacy and Safety of Ethanol Ablation for Thyroglossal Duct Cysts: A Comparison with Surgery