In this prospective study, 64 breast cancer patients were selected for perfusion CE-US imaging. Regions of interest were placed where the strongest and weakest signal increases were found to obtain peak intensities (PIs; PImax and PImin, respectively) for time–intensity curve analyzes. The PI difference and PI ratio were calculated as follows: PI difference = PImax−PImin; PI ratio = PImax/PImin.

Forty-seven cases were histologically diagnosed as negative for LN metastasis and 17 were positive. There was a significant difference in PImin and the PI ratio between the LN-negative and -positive metastasis groups (p = 0.0053 and 0.0082, respectively). Receiver-operating curve analysis revealed that the area under the curve of PImin and the PI ratio were 0.73 and 0.72, respectively. The most effective threshold for the PI ratio was 1.52, and the sensitivity, specificity, positive predictive value, and negative predictive value were 59% (10/17), 87% (41/47), 63% (10/16), and 85% (41/48), respectively. 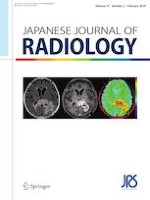