Pervasive refusal syndrome (PRS) is a rare but severe condition, characterised by social withdrawal and a pervasive active refusal in terms of eating, mobilisation, speech and personal hygiene. PRS has been proposed as a new diagnostic entity in child and adolescent psychiatry, although the diagnostic criteria are debated. In the past 10 years there has been an increase in PRS symptoms among asylum-seeking children and adolescents in Sweden. Here, we describe five cases of PRS among asylum-seeking children and adolescents.

Three females and 2 males, 7–17 years of age with the clinical picture of PRS, treated as inpatients at the Department of Child and Adolescent Psychiatry, Malmö, Sweden, 2002–2010, were analysed on the basis of their medical records. Subjects were diagnosed using previously suggested criteria for PRS. At follow-up, a semi-structured interview focusing on the inpatient stay and current status was performed. The subjects were assessed with Global Assessment of Functioning (GAF) and self-rating questionnaires regarding depression and post-traumatic stress disorder (PTSD).

The pattern of refusal varied among the five subjects. All subjects originated from former Soviet republics, indicating a possible cultural factor. Mean period of inpatient treatment was 5 months. All subjects received intense nursing and were treated with nasogastric tube feeding. Parents were involved and were given support and instructions. All subjects gradually improved after receiving permanent residency permits. Depression and PTSD were co-morbid states. At follow-up, 1–8 years after discharge, all subjects were recovered.

Although a severe condition, our five cases suggest a good prognosis for PRS among asylum-seeking children and adolescents. 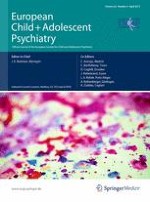 Trauma-informed practices with children and adolescents

Depression with psychotic features in a child with SLE: successful therapy with psychotropic medications—case report

Is there a future for restricted elimination diets in ADHD clinical practice?

The relationship between Asperger’s syndrome and schizophrenia in adolescence