Assessment of the absorption, metabolism and excretion of [14C]-lenalidomide in healthy male subjects following a single oral dose.

[14C]-Lenalidomide was rapidly absorbed (T max 0.77–1.0 h), and the levels declined with a terminal half-life of approximately 3 h, with similar profiles for total blood and plasma radioactivity as well as plasma lenalidomide. The whole blood to plasma radioactivity exposure levels were comparable, suggesting equal distribution between plasma and blood cells. On average, 94% of the administered radioactivity was recovered within 10 days, with >88% recovered within 24 h. Urinary excretion was the primary route of elimination (90% of radioactive dose), with minor amounts excreted in feces (4%). Semen contained a small amount of the radioactive dose (0.0062%). Lenalidomide was the primary radioactive component in plasma (92% of the [14C]-area under the concentration–time curve) and urine (>90% of the radioactivity in urine). The remaining radioactivity was composed of primarily two metabolites: 5-hydroxy-lenalidomide and N-acetyl-lenalidomide, each accounting for less than 5% of the total radioactivity as well as lenalidomide levels in plasma and excreta.

In summary, following oral administration, lenalidomide is highly absorbed and bioavailable, metabolized minimally, and eliminated predominantly via urinary excretion in the unchanged form in humans. 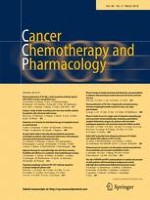