To investigate the genetic diversity of porcine reproductive and respiratory syndrome virus (PRRSV) in Northern Ireland, the ORF5 gene from nine field isolates was sequenced and phylogenetically analysed. The results revealed relatively high diversity amongst isolates, with 87.6-92.2% identity between farms at the nucleotide level and 84.1-93.5% identity at the protein level. Phylogenetic analysis confirmed that all nine isolates belonged to the European (type 1) genotype and formed a cluster within the subtype 1 subgroup. This study provides the first report on PRRSV isolate diversity in Northern Ireland. 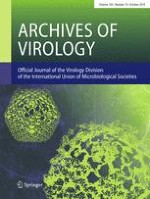