Advances in multi-detector computed tomography (MDCT) technology have continued over recent years. New detector hardware has resulted in the introduction of wider detectors [ 1], new electronic designs with lower noise [ 2] and, more recently, smaller detector elements [ 3]. The ability to visualise anatomy and pathology in greater detail has the potential to benefit the imaging of the lung, temporal bone, vasculature and stent structure, as well as visualisation of small tumours and structures [ 3– 6]. Ultra-high spatial resolution capabilities may also lead to a reduction in artefacts such as blooming, as well as an increased ability to quantify features of anatomical and pathological structures.
While many factors, e.g. focal spot size and number of views, impact the final spatial resolution of a CT image, the maximum spatial resolution of a CT system is fundamentally dictated by the Nyquist frequency of the detector in both the midplane and longitudinal dimensions. Several approaches to reducing the detector element size in CT have been explored in the past. First, flat panel prototype volume CT scanners were constructed, but they suffered from poor low-contrast detectability and gantry rotation speed limitations preventing commercial implementation [ 7– 10]. A second approach was the introduction of a tantalum grid over a selected number of detector elements in a conventional CT system, in order to reduce the active detector element area, yielding 250 μm resolution images. However, this approach inherently decreased the dose efficiency, limiting its utility as a general clinical system [ 11]. Third, a prototype fine-cell CT scanner was developed using a 312.5-μm channel thickness that achieved 27.6 lp/cm at 2% of the MTF, but with high noise [ 12]. Finally, photon-counting detectors permitted the measurement of individual photons and their corresponding energy, ideally eliminating the need for detector septa and grids. An ultra-high-resolution mode on a prototype photon-counting system generated by grouping detector elements into a 2 × 2 formation rather than a 4 × 4 formation for conventional resolution resulted in 250 μm × 250 μm resolution at isocentre [ 13]. Currently, however, the commercial development of photon-counting scanners is hampered by pulse pileup and other technical issues [ 14].
Anzeige
Recently, an ultra-high-resolution CT system (UHRCT; Aquilion Precision, Canon Medical Systems Corporation) was brought to market with a detector element size of 0.25 mm at isocentre. The purpose of this work is to perform a fundamental physics assessment of this UHRCT system, and compare it with a conventional CT system.

For this evaluation, we compared the characteristics of the UHRCT system to a current MDCT system, with comparable hardware, geometry and reconstruction modes, but without the high spatial resolution capability. The following characteristics were measured: spatial resolution, CT number accuracy, uniformity, low-contrast detectability and noise. All measurements were made using abdominal imaging protocols.

The UHRCT system used has been previously described [ 3]. Briefly, this system has three resolution modes: normal resolution (NR), high resolution (HR) and super-high resolution (SHR). In NR mode, the 0.25 mm detector elements, at isocentre, are read out in 2 × 2 binned mode. The detector element size is therefore 0.5 mm in-plane as well as in the longitudinal direction, comparable to current MDCT systems. In HR mode, the in-plane element size halves while in the longitudinal direction it remains the same as in NR mode. Finally, in SHR mode, the native detector element size of 0.25 mm in both directions is used. Therefore, the in-plane resolutions of the HR and the SHR modes are the same, while the resolution in the longitudinal direction for the latter is twice as high as that of the former. The UHRCT system has various focal spot sizes, the smallest being of nominal size 0.4 × 0.5 mm 2. This focal spot size can be used in all resolution modes up to a tube current of 260 mA. The matrix size can have dimensions of 512 × 512, 1024 × 1024 or 2048 × 2048 pixels, with the latter two sizes not being available in NR mode.
For reference, measurements were performed on a current MDCT system (Aquilion One Genesis, Canon Medical Systems Corporation) with a fixed detector element size of 0.5 mm in both directions. The smallest nominal focal spot size of this system is 0.9 × 0.8 mm 2.
Anzeige
The default acquisition parameters for this evaluation are given in Table 1. These parameters mimic an abdominal CT protocol as used at our institution. As stated in Table 1, all acquisitions were reconstructed using hybrid-iterative reconstruction (AIDR 3D Enhanced, FC08). The only exception is the measurement of the maximum spatial resolution, which was performed using filtered back projection and a high-resolution kernel (FC90). In all cases, the same reconstruction technique was used on both CT systems.
Table 1
Default parameters for the measurements performed. Deviation from these parameters for each test are noted in the corresponding test descriptions

The maximum spatial resolution that the UHRCT can produce was determined by measuring the modulation transfer function (MTF) using a sequential acquisition mode and filtered backprojection reconstruction. A 50-μm diameter tungsten wire fixed in a frame of balsa wood was imaged. The wire was positioned approximately 1.5 cm above the isocentre and scanned using the sequential scan mode. In this mode, only the central 4 detector slices are used and combined in one reconstructed slice. A 20-mm FOV was reconstructed using filtered backprojection and a high-resolution reconstruction kernel (FC90). The tube current was set at 100 mA. The MTF was calculated as described in Appendix A.
For the resolution measurements using hybrid-iterative reconstruction, the tungsten wire cannot be used as this reconstruction technique (AIDR 3D Enhanced) diminishes the delta pulse of such a thin wire. Therefore, the Teflon rod in the CTP401 module of the Catphan 500 phantom [ 15] was used. The phantom was placed such that the Teflon rod was laterally centred at five different vertical positions: at the isocentre and at 5 cm, 10 cm, 15 cm and 20 cm above the isocentre. Again, further details on the MTF calculation are provided in Appendix A.
Even though the same hybrid-iterative reconstruction algorithm and kernel are available on both systems, to exclude any possible differences that they might have internally, the MTF in the isocentre was also determined using filtered backprojection with the same kernel (FC08).

The spatial resolution in the longitudinal direction was measured using the slice sensitivity profile (SSP). For this, a 0.025-mm thick tungsten foil embedded in a polyurethane cylinder was scanned in the isocentre using the default settings as given in Table 1 and hybrid-iterative reconstruction. A 40-mm FOV was reconstructed using a slice thickness of 0.25 mm and a slice increment of 0.1 mm. Using ImageJ (version 1.52d, National Institutes of Health), the average value within a circular ROI with a 23 voxel diameter located inside the disc was plotted against the longitudinal distance. From the SSP, the full width at half maximum (FWHM) was calculated.

Uniformity was measured using a 320-mm water phantom similar to the method proposed by the American College of Radiology (ACR) [ 16]. Five circular ROIs with a diameter of 32 mm were selected in the central slice, at the centre and at the 3, 6, 9 and 12 o’clock positions. The mean pixel HU values of the peripheral ROIs were compared with the central one.

Noise appearance was measured by calculating the noise power spectrum (NPS) for different conditions using a cylindrical water phantom with a diameter of 320 mm. Default acquisition settings were used. Per setting, 80 scans with an 8-cm scan range were acquired. Three slices per scan, separated by at least 15 slices to minimise noise correlation, were used for the NPS calculation to improve statistics. The NPS was calculated using the method described in Appendix A. As a measure of the noise magnitude, the standard deviation was calculated in the same area.

For the determination of the CT numbers, the Catphan CTP401 module [ 15] was imaged using the default parameters, reconstructed with 10 mm thick slices. For the CT number of water, one of the NPS acquisitions was used. CT numbers were measured as the mean value over a circular ROI with a diameter of 1 cm using ImageJ and compared with the range given in the ACR CT quality control manual [ 16].
Anzeige

Low contrast can be affected by higher resolution and inherently higher noise at the same dose level. Therefore, the low-contrast objects in the Catphan CTP515 module were imaged using the default parameters in all three modes. As the CTDI vol is higher in the SHR and HR modes for the same tube settings, the tube current was lowered to 210 mA to get the same CTDI vol as for the NR mode. Reconstructions were made with 10 mm slice thickness and 1 mm slice increment. One reader (LO) evaluated the middle slice of the CTP515 phantom using diagnostic monitors in a radiological reading room and determined the number of visible contrast objects for each contrast level. To determine the dose necessary to have the same low-contrast visibility as with the MDCT, a series of acquisitions were made at progressively higher tube currents (260 mA, 280 mA, 300 mA, 330 mA, 370 mA and 400 mA).

Figure 1 and Table 2 show the MTFs of the UHRCT for the three modes and MDCT with filtered backprojection, representing the highest possible resolution. The spatial frequencies obtained with the UHRCT in SHR and HR modes are twice as high as those with the MDCT. The highest resolution of the UHRCT in NR mode is marginally lower than that of the MDCT. Using FBP in helical scan mode, the MTFs of the MDCT and the UHRCT in NR mode are equivalent.
Table 2
Frequencies at which the MTF reaches 90%, 50%, 10% and 2% for the UHRCT in SHR, HR and NR modes and for the MDCT
×
The resolution change from the isocentre can be seen in Fig.  2. The edges of the Teflon rod are sharper in the isocentre. The MTFs resulting from these edges are plotted in Fig.  1. As can be seen, the UHRCT MTF at the centre is about twice as high as that of the MDCT. Although the UHRCT MTF decreases continuously with increasing distance from the isocentre towards the periphery of the field of view, it remains higher than that of the MDCT, except at the farthest point measured: 20 cm from the isocentre in the radial direction.
×

The differences of the CT number value of each peripheral ROI were within the 5 HU limit from the centre ROI, as specified in the ACR protocol [ 16].

CT numbers were found to be all within the expected range as defined in the ACR protocol [ 16] except for the LDPE in NR mode (Table 3), which was somewhat lower than expected and lower compared with the SHR and HR modes (− 81 versus − 87).
Table 3
The CT numbers resulted from different materials and scan modes. Used phantoms and expected range by the ACR [ 17] is given in the last column

The scientific guarantor of this publication is Ioannis Sechopoulos.

The authors of this manuscript declare relationships with the following companies: Canon Medical Systems Corporation. The study data and results were generated and controlled at all times by the research personnel at Radboud University Medical Center, with no influence from Canon.

No complex statistical methods were necessary for this paper.

Written informed consent was not required for this study because it was a phantom study.

Institutional Review Board approval was not required because it was a phantom study.

• Experimental
• Performed at one institution
Open Access This article is licensed under a Creative Commons Attribution 4.0 International License, which permits use, sharing, adaptation, distribution and reproduction in any medium or format, as long as you give appropriate credit to the original author(s) and the source, provide a link to the Creative Commons licence, and indicate if changes were made. The images or other third party material in this article are included in the article's Creative Commons licence, unless indicated otherwise in a credit line to the material. If material is not included in the article's Creative Commons licence and your intended use is not permitted by statutory regulation or exceeds the permitted use, you will need to obtain permission directly from the copyright holder. To view a copy of this licence, visit http://​creativecommons.​org/​licenses/​by/​4.​0/​. 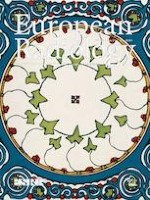 MRI of non-specific low back pain and/or lumbar radiculopathy: do we need T1 when using a sagittal T2-weighted Dixon sequence?