Apelin is an antioxidant and anti-inflammatory molecule secreted by adipose tissue and has a protective effect on cardiac and neuronal tissue. Recent studies have reported that the risk of vascular disease is increased in restless legs syndrome (RLS). We aimed to measure plasma levels of apelin in patients with RLS. Additionally, we wanted to determine if there is any relationship between apelin levels and RLS disease severity and the periodic leg movement index (PLMI).

A total of 14 RLS patients with moderate-to-severe symptoms and 14 age- and body mass index (BMI)-matched healthy controls participated in the study. All participants had no concomitant medical disorder nor took medications. The international RLS rating scale (IRLSS) was used to determine disease severity. Polysomnography (PSG) served to exclude other sleep disorders such as sleep-related breathing disorders and to measure sleep parameters.

RLS patients especially those with a PLMI above 15 have low plasma apelin levels independent of disease severity and sleep parameters such as sleep duration and quality. Decreased apelin levels may explain the increased risk for vascular diseases in those patients. 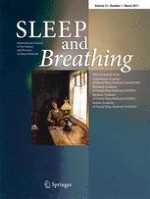