Progress in cancer biology has led to an increasing discovery of oncogenic alterations of the platelet-derived growth factor receptors (PDGFRs) in cancers. In addition, their overexpression in numerous cancers invariably makes PDGFRs and platelet-derived growth factors (PDGFs) prognostic and treatment markers in some cancers. The oncologic alterations of the PDGFR/PDGF system affect the extracellular, transmembrane and tyrosine kinase domains as well as the juxtamembrane segment of the receptor. The receptor is also involved in fusions with intracellular proteins and receptor tyrosine kinase. These discoveries undoubtedly make the system an attractive oncologic therapeutic target. This review covers elementary biology of PDGFR/PDGF system and its role as a prognostic and treatment marker in cancers. In addition, the multifarious therapeutic targets of PDGFR/PDGF system are discussed. Great potential exists in the role of PDGFR/PDGF system as a prognostic and treatment marker and for further exploration of its multifarious therapeutic targets in safe and efficacious management of cancer treatments. 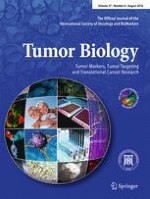