We reviewed the radiology database of the Mount Sinai Medical Center for cases of PI between 1996–2006 in adult patients. Chi-square and multivariable logistic regression analyses were used to identify factors significant for surgery and death.

Forty patients developed PI over a 10-year span. The overall in-hospital mortality rate was 20%, and the surgical rate was 35%. Factors independently associated with surgical management on multivariable analysis were age ≥ 60 years (p = 0.03), the presence of emesis (p = 0.01), and a WBC > 12 c/mm3 (p = 0.03). Pre-existing sepsis was independently associated with mortality (p = 0.03) while controlling for surgery.

Patients with the concomitant presence of PI, a WBC > 12 c/mm3, and/or emesis in the >60-year-old age group were most likely to have surgical intervention, whereas PI patients with sepsis had the highest risk for death. A management algorithm is proposed, but further research will be needed to determine which patients with PI may benefit most from surgery. 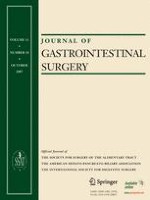 Presidential Address: Adjusting the Art and the Science of Surgery