Police Response to Violence and Conflict between Parents and their Minor Children | springermedizin.de Skip to main content
TOOLBAR 1 2 3 4
SUCHE MENÜ 1 2 3 4

This study examines the nature of all domestic violence incidents involving parents and their minor children to which police in Philadelphia responded during the 2013 calendar year. We use a retrospective design to explore the nature and outcome of parent-child incidents to which police are summoned. Incidents that officers determined met the state statute definition of child abuse are not included. Of 54,456 domestic violence incidents in the city of Philadelphia in 2013, 2,361 involved a verbal incident or physical altercation between a minor child and at least one parent. Most reports (83.3%) identified the child as the offender and were for verbal incidents (89.6%), suggesting police were called to resolve conflict in the home. When a child was the offender, boys were the most common offenders and mothers the most common victims. When a parent was the offender, mothers were the most common offenders and daughters the most common victims. Parent-offender incidents were far fewer (16.7%) but more likely than child-offender incidents to involve physical violence (AOR = 6.19) and to result in arrest (AOR = 3.67). Parent-child incidents that are not child abuse constitute about 20% of all domestic violence incidents to which police are summoned. Parent-child incidents are an under-researched and perhaps under-served issue. We know of few resources beyond law enforcement for on-the-scene crisis intervention and, as such, officers appear to serve as mediators in these mostly verbal disagreements. The appropriateness and cost of such intervention merits investigation and discussion.

Titel
Police Response to Violence and Conflict between Parents and their Minor Children
Autoren:
Rebecca A. Schut
Susan B. Sorenson
Richard J. Gelles 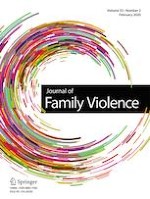