Sepsis continues to be a major healthcare issue with one of the highest mortality rates in intensive care units. Toll-like receptors are pattern recognition receptors that are intricately involved in the pathogenesis of sepsis. TLR3 is a major receptor for double-stranded RNA and is largely associated with immunity to viral infection. In this study, we examined the role of TLR3 priming in the immunopathology of sepsis using cecal-ligation and puncture (CLP) model of sepsis in mice. Mice injected with vehicle or poly(I:C) were subjected to sham or CLP surgery and various parameters of sepsis, including mortality, inflammation, and bacterial clearance were assessed. Poly(I:C) pre-treatment significantly enhanced mortality in mice subjected to CLP. Consistent with this, inflammatory cytokines including TNFα, IL-12p40, IFNγ, and MCP-1 were enhanced both systemically and locally in the poly(I:C)-treated group compared to the vehicle control. In addition, bacterial load was significantly higher in the poly(I:C)-treated septic mice. These changes were associated with reduced macrophage activation (but not neutrophils) in the peritoneal cavity of poly(I:C) pre-treated mice compared to vehicle pre-treatment. Together our results demonstrate that poly(I:C) priming in sepsis is likely to be detrimental to the host due to effects on systemic inflammatory cytokines and bacterial clearance. 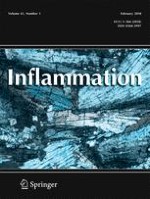