This study is based on data from the large Norwegian Mother and Child Cohort Study (MoBa). The information about dental treatment during pregnancy was obtained from questionnaires sent to the participating women during weeks 17 and 30 of pregnancy. Reported placement of “white fillings” was used as exposure marker for having received polymer-based dental filling materials. Only singleton births were included in the present study. Data were linked to the Medical Birth Registry of Norway. Logistic regression models that included the mother’s age, level of education, body mass index, parity, and smoking and alcohol consumption during pregnancy were used to estimate the odds ratio (OR) and 95% confidence interval (CI). Different adverse birth outcomes were of interest in the present study.

Valid data were available from 90,886 pregnancies. Dentist consultation during pregnancy was reported by 33,727 women, 10,972 of whom had white fillings placed. The adjusted logistic regression models showed no statistically significant association between having white dental fillings placed during pregnancy and stillbirth, malformations, preterm births, and low or high birth weight. 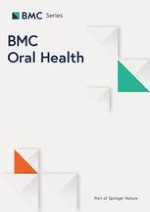 Knowledge of orthodontic tooth movement through the maxillary sinus: a systematic review