Fischer rats underwent 60 min of 70% partial hepatic ischemia. After 60 min of reperfusion, rat colon adenocarcinoma cells (RCN-H4) were inoculated intrasplenically. PSK was administered orally before I/R, after I/R, or before and after I/R. The weights of metastatic lesions of the liver or the numbers of liver metastatic nodules were determined on day 21. The effect of PSK on angiogenesis was studied by a rat cornea model using RCN-H4 cells or a vascular endothelial growth factor (VEGF)-containing pellet and an in vitro VEGF-induced endothelial cell migration assay.

PSK may suppress metastasis induced by hepatic I/R. The suppression of angiogenesis by PSK may be one of the mechanisms of the inhibition of hepatic metastasis. 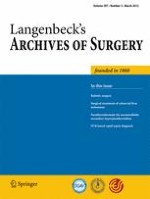